Congress workers on Sunday set on fire the party office in Purnia and vandalised party office in Madhubani even as some disgruntled workers burnt the effigy of the Lok Sabha Speaker Meira Kumar in Sasarm as the protests against denial of party nominations resonated throughout the state.

Supporters of a local Congress leader Salamat Ansari burnt the effigy of Meira Kumar alleging that she had used her influence with the party command for party ticket to her nephew Raj Shekhar from Sasaram assembly seat.

In Purnia, irate Congress workers set on fire the party office to protest alleged "unfairness" in ticket distribution for the assembly seats in the district.

Several fire tenders were pressed into service to douse the flame, police sources said, adding that some furnitures were destroyed in the fire.

No FIR has been registered in connection with the arson at the Purnia district Congress office, they said.

They also burnt effigy of the AICC in-charge and the Union Minister Mukul Wasnik and shouted slogans alleging that "assembly tickets were sold to some candidates with deep pockets apparently at his bidding."

In Madhubani district, angry Congress workers burnt the effigy of the senior leader Shakeel Ahmed Khan and raised slogans against him for "unfair distribution of tickets."

They also vandalised the party office and damaged furniture and other properties, the district congress chief Chandrakant Jha confirmed.

An FIR has been lodged against unknown persons in connection with vandalism at the party office, he said.

The protest against ticket distribution echoed in the RJD too with some supporters of one ticket aspirant Ritlal Yadav staging demonstration at Circular Road, adjacent to the party supremo Lalu Prasad and his wife Rabri Devi's official residence -- 10, Circular Road -- and shouted slogans against Prasad for ignoring his claim for ticket from Danapur.

Meanwhile, the ruling JD-U's state office gate remained shut throughout the day in the aftermath of a massive protest by the supporters of those leaders losing out in the ticket distribution. 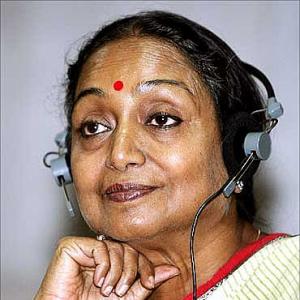