Bihar Rural Development Minister Nitish Mishra on Monday ordered an inquiry into the allegations that nearly 73 per cent of the funds allotted for implementation of the Mahatma Gandhi National Rural Employment Guarantee Act in 38 districts of Bihar, between 2006 and 2012, have been embezzled by authorities

"The department will inquire into the corruption and will conduct physical verification of all facts related to the scheme," Mishra said.

The Bihar government spent a total amount of Rs 8,189 crore during six years on NREGA, according to an audit conducted by the Delhi-based Centre for Environment and Food Security.

According to the CEFS report, Rs 5,977 crore of the allotted funds have been misappropriated by implementing authorities.

The field survey for this audit was carried out during January 2012 and a total of 2,500 households were interviewed for this purpose. Over 90 per cent of the sample households covered under this survey belong to Dalit and Mahadalit communities.

"Almost all the sample households covered under this survey are the living definition of extreme deprivation. They are landless and casual wage employment is their sole means of survival. In majority of these villages, NREGA is as good as non-existent for those who need it the most, but it has brought windfall gains for the implementing authorities," Parsuram said.

Parsuram said that CEFS found massive corruption and serious irregularities in the implementation of NREGA in Bihar. Very few villagers and labourers had seen the muster rolls, which were unavailable at worksites. In most cases, labourers are asked to sign on blank muster rolls.

"There is little transparency and accountability in the implementation of NREGA in Bihar," he said.

According to the CEFS report, the rural job scheme in Bihar has been virtually hijacked by implementing authorities.

"Payment of unemployment allowance is unheard of in Bihar. Our survey findings have revealed that there is participatory loot, plunder and pillage in Bihar's rural job scheme," Parsuram said. 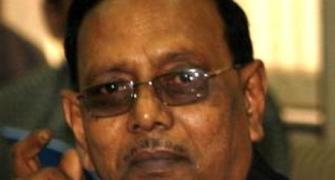 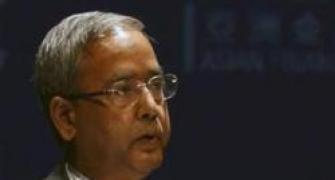 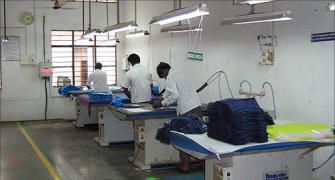 Asif Ibrahim as IB chief: Reading between the lines