Family members of the victims say they have been denied justice even 16 years after the incident in which 58 Dalits were butchered allegedly by upper-caste Ranvir Sena men. M I Khan reports 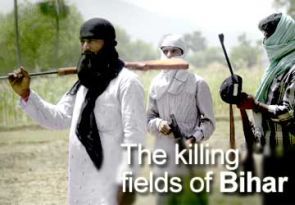 Sixteen years ago 58 Dalits, including 27 women and 10 children, were allegedly killed by the upper-caste Ranvir Sena militia in Laxmanpur-Bathe village in Bihar’s Jehanabad district. Citing lack of evidence, the Patna high court on Wednesday set aside a lower court’s conviction and acquitted all the 26 accused in the massacre case.

Then President K R Narayanan had described the incident a “national shame”, triggering a debate over injustice to the marginalised.

The families of the victims are angry with the court ruling. They say they have been denied justice.

“Who cares for justice to the poor, we have lost hope,” says Mahender Paswan, who filed the FIR at Mehandia police station in the Laxmanpur-Bathe massacre case on December 2, 1997, in which 49 were named as accused.

Paswan, whose mother, four brothers and two sisters were killed in the massacre on December 1, 1997, says if the court acquitted all the accused, who killed his family and others in the village.

“The villagers were asleep on that cold December night when Ranvir Sena men attacked the village and entered our houses. They killed without mercy," said Paswan.

“I filed the FIR, appeared in court as a witness and fought for justice. I am very disappointed that the high court has acquitted the accused,” says Paswan, who claims the police and state government played a major role to save the accused.

“We will not sit silent. We have decided to fight for justice till our last breath. We will challenge the high court verdict in the Supreme Court,” Paswan said.

Terming the court acquittal as a “massacre of justice to poorest of the poor,” the Communist Party of India (Marxist-Leninist) General Secretary Dipankar Bhattacharya said that it will move the Supreme Court against the Patna high court verdict.

He said the CPI-ML will also appeal to the apex to appoint a Special Investigation Team on the lines of the one that probed the 2002 Gujarat riots for giving justice to victims of massacre cases in Bihar.

“The Supreme Court should take cognisance of the acquittal of the massacre convicts and order an impartial probe under its direct supervision,” said Bhattacharya.

Another villager, Bodh Paswan, also blamed the police and state government for the acquittal of the accused. “The police did not file a strong charge-sheet with solid evidence against them in court,” he claimed.

Mahesh Kumar, who was six years old at the time of massacre, said the village elders told him that the massacre had forced then opposition leader in the Lok Sabha, Atal Bihari Vajpayee, and several Union ministers to visit the village.

“Vajpayee, who later became prime minister, not only condemned the massacre when he visited the village, he virtually wept and demanded action against the accused,” said Kumar.

According to the police, armed Ranvir Sena men used country-made boats to crossover to Laxmanpur-Bathe, situated on the southern bank of the Sone river.

“After killing the villagers, including a three-year-old child and a 65-year-old man, they also killed three boatmen while returning to cross over to neighbouring Bhojpur district,” police officials said.

Paswan said he and the other villagers were happy in April 2010, when 16 of the accused were sentenced to death and the other 10 were awarded life sentences by the additional district and sessions judge of the Patna civil court. The lower court later acquitted 19 people in the case.

The massacre was allegedly carried out for the control of 50 bighas of gair-mazarua land (government land).

The Ranvir Sena has, however, never taken responsibility for the massacre.

The police say charges were framed on December 23, 2008, against 44 men of the Ranvir Sena on charges of killing the 58 Dalits. The police records show that four Dalit families were completely wiped out in the bloodbath.

The Rashtriya Janata Dal government then, led by Rabri Devi, set up the Amir Das Commission to probe the political connections of the Ranvir Sena. But Chief Minister Nitish Kumar wrapped up the commission after coming to power in 2006.

Opposition parties, including the RJD and the CPI-ML, alleged that the Nitish Kumar government was protecting the interests of the Ranvir Sena and suppressing the voice of the poorest of the poor.

This is the fourth major acquittal in a massacre case. Last year, the high court acquitted all the 23 accused in the Bathani Tola 1996 massacre case. Ranvir Sena men allegedly killed 21 people, mostly Dalits and Muslims, in Bathani Tola in Bhojpur district.