A friend of Anuj Bidve who was present during the Indian student's shooting in Salford on December 26 last recounted the incident today during the accused Briton's trial in a United Kingdom court, and said the shot sounded like a 'firecracker'.

Nitish Jalali, 22, gave his evidence from behind a screen, and said he first became friends with Bidve when they were studying at Lancaster University.

After Bidve fell to the ground, he was still breathing. The ambulance arrived 13 minutes later, but Bidve's life could not be saved, he said on the second day of the trial of accused Kiaran Stapleton that is expected to last 12 days.

Stapleton admits manslaughter on grounds of diminished responsibility but denies murder. Jalali told the court that he felt anxious when a man wearing a white hoodie walked towards them, "He came over and he asked what the time is and we did not respond the first time."

Bidve's parents have arrived from Pune to attend the trial. Jalali said that after they were asked again, someone from Bidve'e group answered that it was 1.30 am.

Stapleton then pulled out a gun and fired it at Bidve's head, Jalali said. "There was a bang sound, it sounded like a firecracker. Then Anuj fell flat, face-first," he said, and recalled  that the man who shot Bidve ran off, giving a sarcastic laugh as he went.

He then saw him run off with another male who stayed on the opposite side of the road throughout the incident. 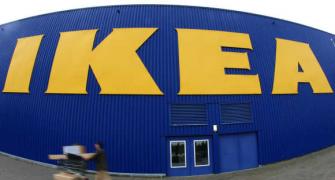