United States President Joe Biden and First Lady Dr Jill Biden on Monday hosted a Diwali reception at the White House in what they called the largest since the People's House started celebrating the festival during the George Bush administration. 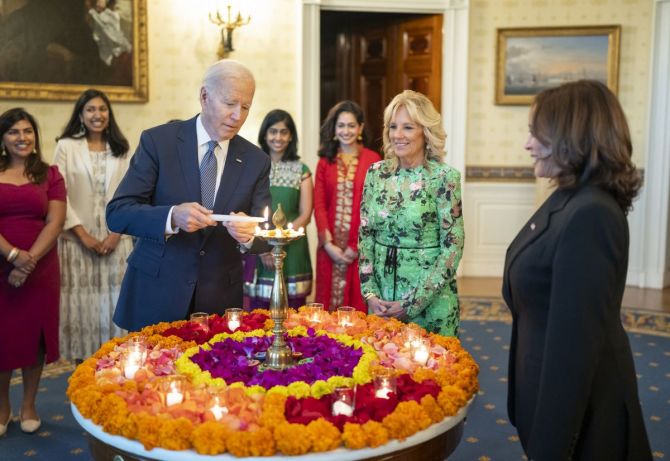 IMAGE: US President Joe Biden lights a lamp in presence of First Lady Jill Biden, Vice President Kamala Harris and others, as the Bidens hosted a Diwali reception at the White House. Photograph: Courtesy @WhiteHouse/Twitter

More than 200 eminent Indian Americans attended the reception at the East Room, a venue which has witnessed some of the landmark events related to the India-US relationship, including the signing of the nuclear deal and the joint press conference by then US President Barack Obama and Indian Prime Minister Manmohan Singh in November 2008.

The reception saw some enthralling cultural events, including performances by sitarist Rishab Sharma and dance troupe The Sa Dance Company. 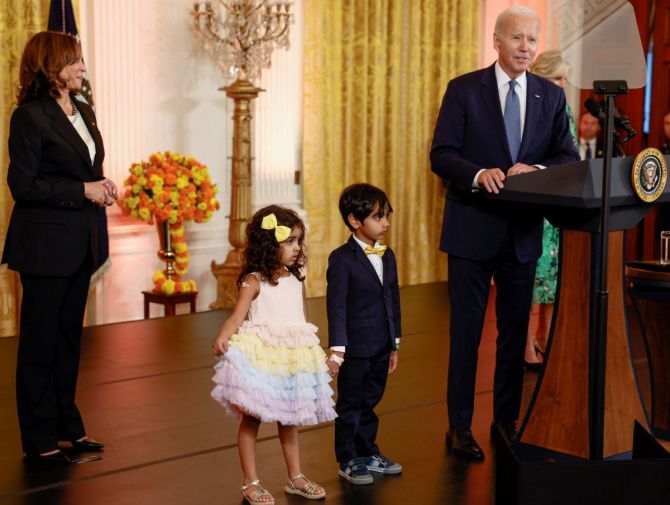 IMAGE: Children stand next to President Biden, Vice President Harris and First Lady Jill Biden during the reception to celebrate Diwali in the East Room of the White House. Photograph: Evelyn Hockstein/Reuters

The guests, dressed in traditional Indian attires such as saree, lehenga and sherwani, relished some mouthwatering Indian delicacies.

"The room is full at the East state dining room. This is a real celebration of what the Indian American community has achieved in the United States. It's a wonderful recognition by the President and by the White House to host all of us on Diwali. I feel very privileged to be here as an Indian American," Atul Keshap, president of US India Business Council told PTI during the reception. 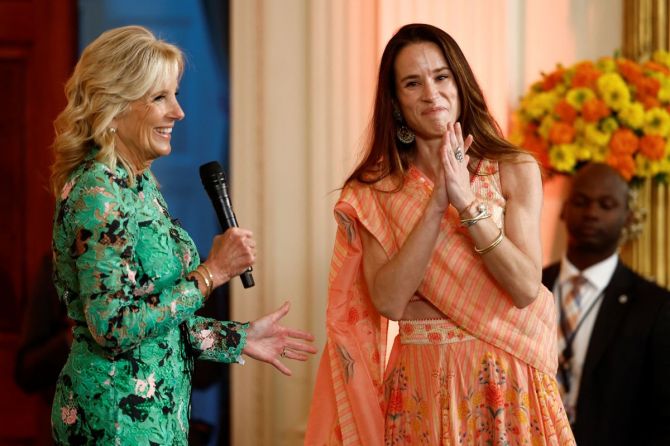 "It's an honour and a privilege to be here to celebrate Diwali. Indian Americans thank the President and the First Lady for this," said H R Shah, chairman and CEO of TV Asia, the largest South Asian television channel in the US.

"It was heartening to see the leaders of our vibrant Indian American community come together at the White House during Diwali to be a force for good. It was also nice to hear the president on Diwali day welcoming Rishi Sunak as the new prime minister of the UK," said M R Rangaswami, entrepreneur, philanthropist and founder of Indiaspora. 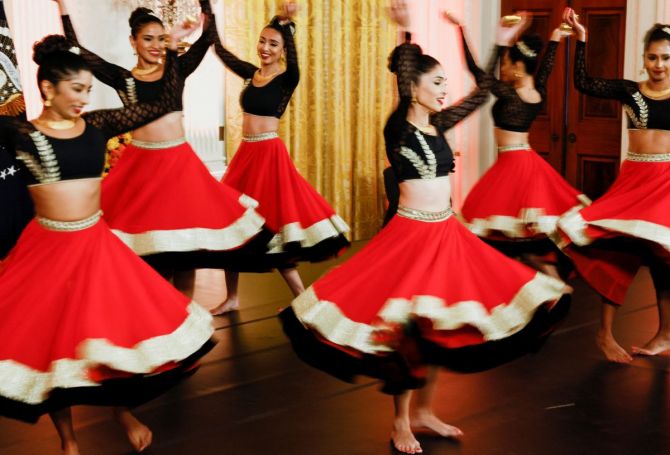 Ajay Jain Bhutoria, a member of the President's Advisory Commission on Asian Americans, Native Hawaiians and Pacific Islanders, said the event was held to recognise the South Asian community's contributions in economic development and managing the COVID-19 crisis among others.

Biden has appointed a record number of over 130 Indo-Americans at various levels of the administrations, he said.

Lauding the Diwali celebration, Bhutoria said it sent a message 'how much President Biden and this administration loves and respects the South Asian community'. 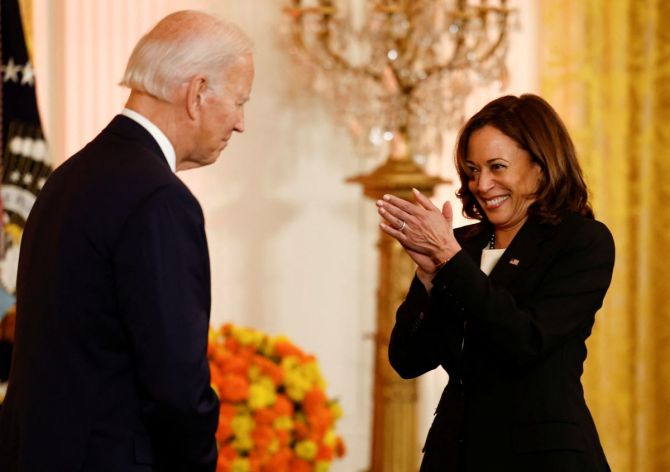 Earlier, welcoming the guests, Biden said it was the first Diwali reception to be held at the White House on such a scale.

"The incredible South Asian community all across America has helped the country emerge stronger from this pandemic, building an economy that works for everyone, teaching children and caring for elders, responding to the cry for action on climate, working to fix immigration system, defending rights and freedoms, building a more just and equitable country, serving and protecting our communities and the nation, informing, entertaining and inspiring," he said. 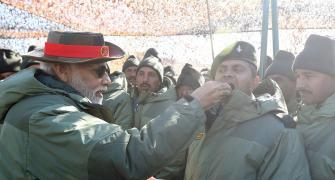 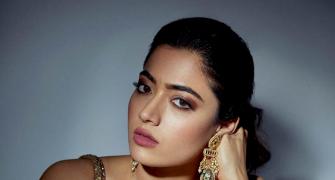 15 Tips To Dazzle This Diwali 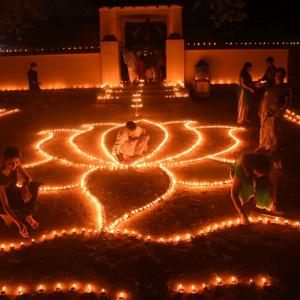 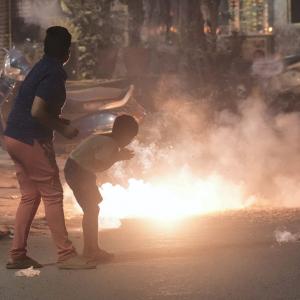