United States President Joe Biden and Vice-President Kamala Harris on Friday congratulated NASA for proving the power of science and American ingenuity after the US space agency's Perseverance rover nailed a historic landing on Mars, in the first step in the search for signs of ancient microbial life on the Red Planet. 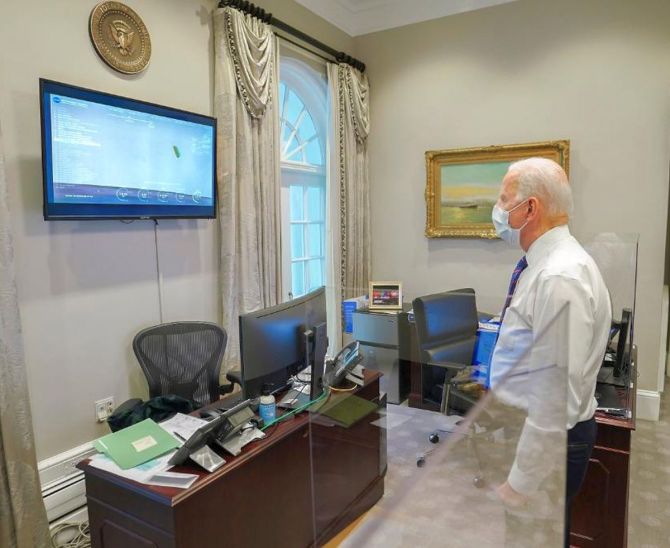 After a nearly seven month journey through space, Perseverance -- the largest and the most advanced rover NASA has ever sent to another world -- successfully touched down on the surface of Mars on Friday.

The touchdown of the rover marks an ambitious first step in the effort to collect Mars samples and return them to Earth.

"Congratulations to NASA and everyone whose hard work made Perseverance's historic landing possible," Biden wrote on Twitter about two hours after the landing.

"Today proved once again that with the power of science and American ingenuity, nothing is beyond the realm of possibility," he tweeted.

US Vice-President Kamala Harris also sent her greetings to NASA and the Perseverance rover team.

"Congrats to @NASA and all of their partners on their successful mission," Harris tweeted.

"Today's historic landing embodies our nation's spirit of perseverance, building on past accomplishments and paving the way for future missions," she said.

NASA kicked off the Perseverance rover mission in 2012 during Obama's first presidential term.

"Looking forward to seeing what this mission uncovers and proud our administration invested in this effort eight years ago to help continue America's rich tradition of exploration and discovery," he said.