Source: PTI
November 16, 2010 15:55 IST
Former premier Benazir Bhutto was assassinated by the Taliban, a chargesheet filed by Pakistani investigators to an anti-terrorism court has said, while giving a clean chit to former Pakistan president Pervez Musharraf over any involvement in the case.

The chargesheet filed by a joint investigation team of the Federal Investigation Agency to a Rawalpindi-based court on Monday held the Tehrik-e-Taliban Pakistan responsible for the attack that killed Bhutto on December 27, 2007.

The court is conducting the trial of several suspects arrested in connection with the assassination.

The 48-page chargesheet, which came almost 35 months after the assassination, is based largely on investigations carried out during the Musharraf regime. It gives a clean chit to Musharraf, who resigned as president in 2008, and functionaries of the then federal and Punjab governments.

"The investigators have so far not come across any evidence regarding abetting and facilitating the attack on Benazir Bhutto at Liaquat Bagh, Rawalpindi, by any functionary of the provincial or federal government. Despite efforts, the joint investigation team has so far not been able to examine General  (retired) Pervez Musharraf in this regard," the report said.

Senior unnamed officials of the interior ministry were quoted by Dawn newspaper as saying that Khalid Qureshi, head of the JIT and chief of FIA's special investigation group, tried to contact Musharraf but Pakistan interior minister Rehman Malik stopped him saying that the former general had "some kind of deal" with the Pakistan People's Party-led government.

The chargesheet indicated that investigators had not conducted an interview with any serving army officer, including army chief General Ashfaq Parvez Kayani, Lieutenant General Nadeem Taj, who was chief of the Inter-Services Intelligence at the time of Bhutto's death and Major General Nadeem Ejaz Mian, the then military ontelligence chief.

JIT sources told Dawn that senior military officials did not allow to the team to get the statements of these generals. The chargesheet said that though the Punjab government was aware of serious threats to Bhutto's life and kept her under detention and banned her rallies, it failed on the fateful day to provide her foolproof security.

The investigators said they could not find any helpful leads from the investigation into the attack on Bhutto's procession in Karachi's area on October 18, 2007, that killed about 140 people.

The attack was to have been carried out by two suicide bombers -- Bilal and Ikramullah. While Bilal blew himself up, Ikramullah fled the spot after the blast. Former Rawalpindi police chief Syed Saud Aziz and former Rawal Town superintendent of police Khurram Shahzad were charged with criminal negligence of duty and hosing down the crime scene shortly after Bhutto was killed.

An audiotape of Mehsud, in which he indirectly admitted responsibility for Bhutto's assassination, was verified by the JIT. The investigators said they had contacted the United Nations Commission that probed the assassination but it did not provide any evidence. "The JIT sought additional evidence from the UN because its commission pointed out at a number of other aspects of the case. However, the ministry of foreign affairs on July 22, in writing, conveyed to the JIT that no such evidence is coming," said the report.

The investigators also contacted the Afghan government, which reportedly conveyed to Bhutto reports of a threat to her life. The Afghan foreign ministry said it had no record which suggested that Afghanistan President Hamid Karzai had informed Bhutto about a possible threat to her life.

The report also said the United Arab Emirates government had informed Bhutto and the ISI about the threat to her life.
Source: PTI© Copyright 2021 PTI. All rights reserved. Republication or redistribution of PTI content, including by framing or similar means, is expressly prohibited without the prior written consent.
Related News: Benazir Bhutto, JIT, Pervez Musharraf, Ikramullah, Federal Investigation Agency
Print this article 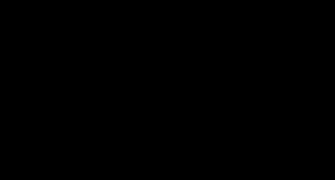 Benazir was a central part of Pakistan's problems
The Benazir interview Pakistan finds treasonous!
Benazir Bhutto's last speech in the US 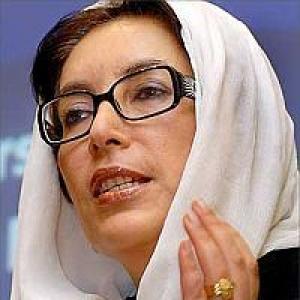 When Bhutto did Musharraf in