By PTI
June 05, 2012 16:12 IST
Talks are on with a German firm for disposal of toxic waste left at the Union Carbide plant in the aftermath of the 1984 disaster after Madhya Pradesh, Gujarat and Maharashtra declined to allow its destruction in their territory, Home Minister P Chidambaram said on Tuesday.

Chidambaram, who heads the Group of Ministers on Bhopal, told reporters that the Madhya Pradesh government was in talks with German company GIZ International which had shown interest in disposal of the waste.

GIZ International has come forward with a proposal to airlift the toxic waste and dispose it of in Germany. The state government will soon make a presentation before the Centre on the issue and seek its final nod, he said.

The GoM, also comprising Union ministers Salman Khurshid and V Narayanasamy, is here to meet Bhopal gas victims and activists on Tuesday, after the Supreme Court asked it last month to take a decision on the disposal of toxic waste left in the aftermath of the disaster in 1984 which had claimed thousands of lives.

"The Centre had spoken to the governments of Madhya Pradesh, Gujarat and Maharashtra but all of them refused to allow disposal of the toxic waste," the home minister, who later visited the Bhopal memorial hospital, constituted for gas tragedy victims, said.

Chidambaram said at first the disposal was meant to be done at Ankleshwar in Gujarat, then at Pithampur in Madhya Pradesh and later on at Taluja in Maharashtra. However, the disposal could not be carried out at any of these places due to opposition from the respective state governments.

Under attack over inadequate relief to the victims of the tragedy, Chidambaram said, "It would be totally wrong to say that nothing had been done for the Bhopal gas tragedy victims since the GoM came into existence."

"The GoM has been formed for some limited purposes and its brief is not to go beyond them. The brief includes adequate compensation for the victims and handling cases related to the disaster," he said.

Answering questions about the extradition of then CEO of Union Carbide Corporation, Warren Anderson, the minister said Anderson was now about 90 and was suffering from various problems including old age and debility.

Under these circumstances, it remains to be seen what can actually be done for Anderson's extradition, he said. The three union ministers visited the Bhopal Memorial Hospital and Research Centre to take stock of the situation there.

Referring to BMHRC, Chidambaram said it was earlier being run by a trust but now it has been taken over by the Union Ministry of Public Health and Family Welfare.

The minister admitted BMHRC was facing many problems such as shortage of doctors and equipment. The members of organisation representing gas victims showed black flags to the GoM to protest the delay in solving their problems. 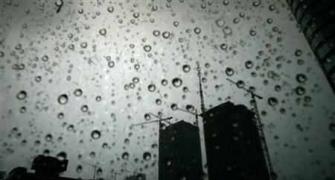 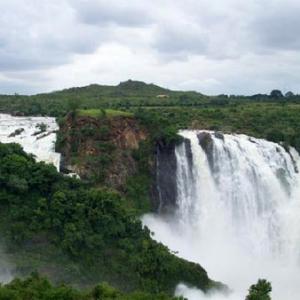 Photos: The 7 most breathtaking waterfalls in India