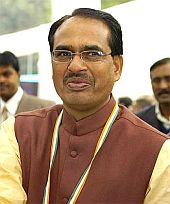 The Madhya Pradesh government has decided to file an appeal against the "disappointing" verdict in the Bhopal gas tragedy case, Chief Minister Shivraj Singh Chouhan said on Wednesday.

The Bharatiya Janata Party government in the state will constitute a committee to study the legal aspects before going in for the appeal, he said.

"The much-awaited verdict in the Bhopal gas tragedy case is disappointing. Victims can appeal for an increase in the quantum of punishment. Since people of Bhopal are victims in this case and they are represented by the state government, we have decided to file an appeal to get justice for the victims and to increase the sentence of the convicts," Chouhan told mediapersons in Bhopal.

Chouhan said his government is going to constitute a committee "to study all legal aspects before going for the appeal".

The chief minister alleged that it does not appear that any serious efforts were made to ensure punishment to the guilty.

"Victims of the tragedy believe they were cheated," Chouhan said.

26 years after the world's worst industrial disaster that had left over 15,000 people dead, a local court had on Monday convicted all the seven persons, including former Union Carbide Chairman Keshub Mahindra, in the case and awarded them a maximum of two years imprisonment.

However, 89-year-old Warren Anderson, the then Chairman of Union Carbide Corporation of USA, who lives in the United States, appeared to have gone scot free for the present as he is still an absconder and did not subject himself to trial.

There was no word about him in the judgment delivered by Chief Judicial Magistrate Mohan P Tiwari 23 years after the trial commenced. The quantum of punishment given to the accused as well as Anderson escaping the judicial process has raised an outcry in the country.