The opposition Congress, which has called for a nation-wide shut down on Monday over rising fuel prices and depreciation of the rupee, has appealed party workers to maintain peace and not to associate with any violent protests. It said 21 opposition parties are supporting the Bharat bandh, besides a number of chambers of commerce and traders' associations.

The party demanded that petrol and diesel should be brought under GST, by which oil prices could drop by about Rs 15 to Rs 18.

"I appeal all Congress workers to make the bandh violence-free. We are Mahatma Gandhi's party and we should not associate ourselves with any violence," Congress spokesperson Ajay Maken said at a media briefing.

Normal life is likely to be affected in the Janata Dal United-Congress-ruled Karnataka on Monday by the Bharat Bandh.

Functioning of public transport system, cinema theatres, multiplexes among others were expected to be hit in the state during the nation-wide bandh with the ruling Congress claiming the suport of various trade unions.

The objective to observe bandh was not to trouble people, but to fight for their cause as "they are living in the most trying times," Rao said.

State JDS President A H Vishwanath accused the Modi government of being 'crony-capitalist' working for the corporates and not the poor.

The state education department has not declared any holiday for schools and colleges.

Karntaka State Road Transport Corporation staff and workers' federation have extended their support to the bandh.

The Federation of Karnataka State Lorry Owners and Agents Association, however, is only giving moral support.

According to the price notification issued by state fuel retailers, petrol price was raised by 12 paise a litre and diesel by 10 paise per litre on Sunday.

Holding the BJP government responsible for the rise in petrol and diesel prices, Maken alleged that it kept on raising excise duty on fuel even as international crude oil prices have come down.

The government has collected Rs 11 crore as excise duty by "burdening" people and "robbing them", the Congress leader alleged.

Maken said that he was "pained" to see that BJP's national executive meeting here remained silent on the rising crude oil price issue and has not held any discussions on inflation or rupee depreciation, matters which are directly linked with the common man.

"I am pained that the meeting did not discuss a solution to these issues," he said.

Maken alleged the economic progress and GDP growth rate, which the UPA government maintained, has been squandered by the present dispensation.

"During our rule, Narendra Modi criticised the rising oil prices saying it has gone into ICU. What would they say now?" he asked.

Hitting out at the BJP for attacking the Congress with 'make in India breaking India' barb, Maken alleged the government has stalled the make in India initiative as 109 rafale jets could have been manufactured at Hindustan Aeronautics Limited, a PSU.

He also said the government has not yielded to the opposition's demand for a Join Parliamentary Committee probe into the alleged irregularities in the Rafale deal.

In Maharashtra, the Shiv Sena has spurned Congress' request to participate in the bandh.

Speaking to reporters in Mumbai, Maharashtra Congress president Ashok Chavan said he had made the request to Sena.

"It is not just the Congress but the Nationalist Congress Party, the Maharashtra Navnirman Sena, the Samajwadi Party and others too are supporting the bandh," he said at the press conference.

"We expect Shiv Sena to support it. I have personally spoken to (Sena Rajya Sabha MP) Sanjay Raut about coming out in the open against the price hike, but we are still waiting for their response," Chavan informed.

Responding to the Congress' request, Raut said Sena won't participate in the bandh. "The opposition should show their unity. The Sena is looking at the bandh neutrally," he said.

"This issue (price hike of petroleum products) has affected the common man to a large extent. There is lot of discontent among people regarding it," Chavan said.

However, the Raj Thackeray-led MNS on Sunday announced it was supporting the bandh.

In a statement, Thackeray said the MNS will not only back but also actively participate in the bandh.

The Samajwadi Party will undertake a demonstration in Uttar Pradesh.

Senior SP leader Rajendra Chaudhary said on that on the directives of party president Akhilesh Yadav, party workers would be holding demonstrations at all the districts and tehsils in the state to highlight the plight of farmers, spiralling prices of petroleum products, inflation, poor law and order, rising corruption and atrocities on students and youngsters.

"The BJP governments at the Centre and in the state have been unable to launch even a single public welfare-oriented scheme. Due to their decisions, troubles for the common man has increased.

"Demonetisation and GST have hit the economy. The prices of petrol, diesel and LPG is sky-rocketing. There is a sense of despair among the youngsters. Law and order has collapsed in the state, while incidents of rapes are on the rise in the state," Chaudhary said. 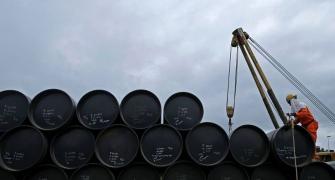 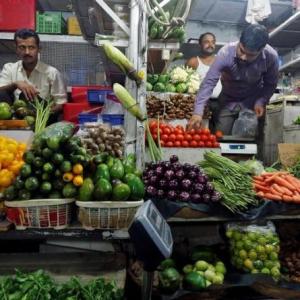 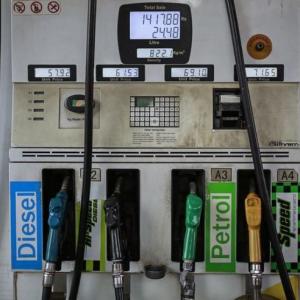 No excise duty cut, even as petrol prices hit Rs 79.15 in Delhi