Describing the two-day nation-wide general strike as the biggest working class action since Independence, Left parties on Thursday warned the government that 'bigger actions' will follow if the demands raised by the workers are not immediately met.

"This makes it the biggest working class action since Independence. The central government has to immediately address the demands raised and take steps to fulfill them, otherwise bigger actions will follow. This is a wakeup call to stop the anti-people and anti-working class policies," it said.

Claiming that the strike was a "magnificent success", they said workers struck work in all industries and commercial sectors.

The strike was effective in the sectors of petroleum, coal, mining, port and dock, plantation, manufacturing, banking and insurance. State government offices were also affected by the strike. The participation of workers in unorganised sectors was also notable, they said.

The parties also condemned the instances of 'police repression' against striking workers and the killing of a trade union leader in Ambala.

"In West Bengal, despite the state government machinery being used to foil the strike, there was a powerful strike in various sectors. Kerala observed a total bandh in solidarity with the striking workers," the statement said. 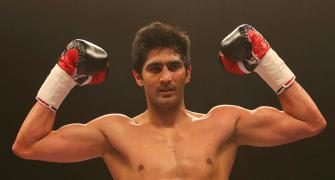