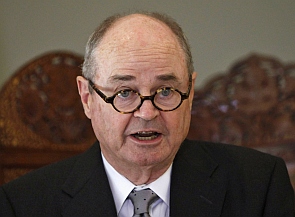 United States Special Representative for Afghanistan and Pakistan James Dobbins, who was in New Delhi on Thursday said in an interaction with the press that improvement in Indo-Pak ties will automatically improve the situation in Afghanistan, even as he discussed the current state of play in US-Afghan relations and attempts to work towards reconciliation with top officials.

Here is a transcript of the interaction

Thank you. It’s a pleasure to be here in New Delhi. I’ve been in the job I currently hold for a month now. I’ve been touring the region for the last week. I went to Doha with Secretary Kerry for discussions there, and then met with President Karzai in Kabul on Monday and with Prime Minister Nawaz Sharif and other Pakistani officials on Tuesday.

I arrived here (in New Delhi) on Thursday and met with the foreign secretary and others from the foreign ministry on Thursday evening. I’ll meet with the Indian Special Envoy for Afghanistan, Ambassador Satinder K Lambah who is an old friend from a decade ago after this meeting.

So I have come back at an interesting and pivotal time, a time when the North Atlantic Treaty Organisation and the US are transitioning from a combat to an advisory and assistance role in Afghanistan, and maybe more importantly a time when Afghanistan will be going through its first peaceful democratic transition in its national history.

I have come to Delhi and hope to be able to come back regularly because India has an important stake in Afghanistan and it has important influence in Afghanistan, and it’s important that we understand Indian views and obviously that India understands our views and that we collaborate as closely as possible which I certainly did 10 or 11 years ago when the Indian representative and I, Ambassador Lambah collaborated very closely, very effectively, in bringing about the emergence of an interim government in Afghanistan, and I anticipate that we’ll be able to continue to collaborate on a similar basis.

So I’ll be glad to answer questions.

What were the talks with the Indian foreign secretary on Thursday?

The talks pretty much covered all aspects of our relations with Afghanistan and also to some degree with Pakistan where I had just been, but the focus was on Afghanistan.

The issue that’s probably most topical because it’s been in the news lately is the efforts to begin a peace process and I would say that was probably the single, the topic that occupied the most time.

But we also talked about other issues including the upcoming Afghan elections and the political transition. And I think while a lot of us concentrate on our attention on both the possible peace process on the one hand and the military situation and the reduction in NATO and American forces, those are not the most important things that are going on.

The most important things that are going on, the thing that will shape Afghanistan’s future more than anything else is the political transition that will take place next year.

Any specific topics were raised?

I think we talked about the election process, about the international [inaudible], that it’s a free and fair process, and how we can encourage the Afghan political elites to coalesce around candidates who have broad non-sectarian or cross-sectarian appeal.

Candidates who don’t just represent one sectarian community but bring together coalitions that will result in an administration that has support and appeal in Pashtun, Hazara, Tajik, Uzbek communities.

On the reconciliation there were a lot of questions about where we stand in terms of the possibilities of opening a Taliban office in Doha for the purpose of negotiating and I explained where that process stood.

Could you summarise what the Indian view was to you about what has widely been reported as a concern about greater Taliban influence with regard to the peace talks?

Nobody knows how this is going to progress and it’s certainly not a sure thing that it will result in a diminished violence and a successful evolution toward peace. But I didn’t get a sense that they thought it wasn’t worth trying.

I don’t really want to speak for the Indian side, however. I think they’re perfectly capable of doing that for themselves. For our standpoint we’re going into this process with open eyes and without naïve or excessive expectations of rapid progress or even a certainty that there will be any progress at all.

We haven’t yet received definitive responses on those questions.

After the change of government in Islamabad, what is your assessment for an improvement of Indian-Pakistan ties, and how important do you see that in terms of ensuring stability in Afghanistan post 2014?

I think that any improvement in India and Pakistan ties will almost automatically improve Afghanistan’s situation. I’ve met twice now in little more than two weeks with Prime Minister Nawaz Sharif. The first time shortly before he became prime minister and then again on Wednesday. My sense is that an improvement in relations with India is fairly high on his list of priorities.

He’s got an overwhelming set of problems facing him, most immediately economic pressures, also significant domestic violence that he need to cope with.

But on the external front, and I think he understands that internal and external affairs are related, my sense is that improving relations with India seems to be his top priority.

Regarding talks with Taliban, without tackling the issue of terror, do you believe that an improvement in Indo relations with Pakistan or Taliban?

We certainly agree that there’s no prospect for improvement in relations with the Taliban or any agreement with the Taliban unless the issue of terrorism is directly addressed. We set as a precondition for beginning talks with the Taliban that they make a statement that at least began to distance themselves from international terrorism and they did so. They made a statement a week ago Tuesday in which they said they opposed the use of Afghan territory for attacks on anybody else.

But that’s I think from our standpoint sufficient to begin talking to them, but it’s not going to be sufficient as the basis for any agreement.

We’ve made clear, Secretary Kerry made clear when he was here that any agreement would need to include a cessation of hostilities, a respect for the Afghan constitution, and a severing of all ties with Al Qaida and similar terrorist organisations.

I would stress that the negotiations toward this objective will principally be negotiations between the Afghan government and the Taliban.

Not between the United States and the Taliban. But we hope that our dialogue with them, if it begins, can contribute to that and we’ll be focused particularly on the topic that you raised which is severing their ties with Al Qaida.

It will be one of the first issues we will raise is how do they intend to do that. Not just what they intend to say about it but how they actually intend to go about severing those ties.

What exactly is the US doing currently to get President Karzai on board with the peace process with the Taliban? [I understand that Karzai isn’t very happy about that. I was wondering what the US is going to do.

Well, Karzai wasn’t happy about it, quite aside from that we weren’t happy about it either. There’s I think an impression that we intervened with the Qataris only because Karzai complained.

We intervened with the Qataris well before President Karzai complained because the self-presentation of that office was inconsistent with the assurance that the Qataris had given us and that we had given Karzai.

So in terms of the specific things that Karzai was concerned about, I think those issues have been resolved. When I talked to Karzai on Monday, he was perfectly content to move forward with this if the Taliban are prepared to do so on the basis that we had previously agreed.

Are you going back to Qatar for the talks?

No. We’re still waiting to hear from the Taliban whether they’re willing to meet. I think they’re still debating among themselves as the result of the events of last Tuesday whether they want to go forward or not. I don’t know.

From here I’m going back to Washington via Europe.

On the talks with the Taliban, you mentioned a statement by them a week ago saying the use of Afghan territory. And yet we saw a couple of days ago an attack on central Kabul targeting the presidential palace. How do you manage the process if you see in the coming months the attacks continuing in Afghanistan? What would your intention have to do with that?

The objective of the talks obviously is a diminution of violence and ultimately an enduring peace, but we’re not naïve enough to think that’s going to come quickly and it’s certainly not a precondition for just talking. Frankly, I anticipate that the Taliban will continue to try to negotiate from a position of strength. They’ll continue to mount attacks as will we and as will the Afghan government.

The attacks that the Taliban have mounted over the past several months have been fairly severe and they’ve almost all failed. The Afghan armed forces are now taking the lead in combat operations. We’re no longer leading in combat. They are increasingly reliant on their own resources. And they’re performing well.

And the NATO, the United States, and in particular the Afghan security forces are going to continue not just to defend themselves, but to mount offensive operations against the Taliban, and not only seek to hold territory but to reclaim territory.

Image: US Special Representative to Afghanistan and Pakistan James Dobbins speaks during a news conference in New Delhi. 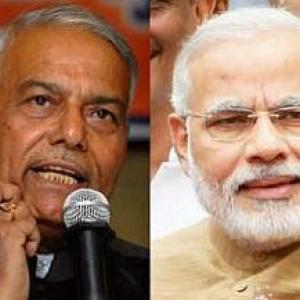 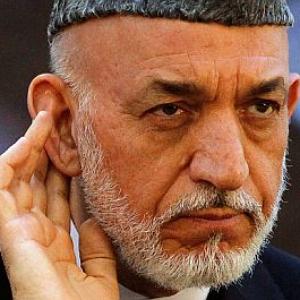