The COVID-19 cases in Beijing have jumped to 106, a senior city official said on Tuesday, warning that the situation is "extremely severe" in China's capital where the authorities have mounted massive containment measures including mass testing of about 90,000 people and lockdown around the wholesale market which reported the new infections. 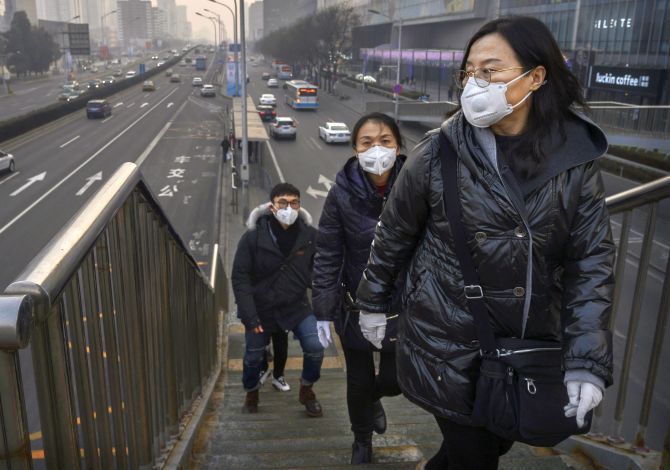 Twenty-seven new cases were reported in the last 22 hours, Beijing city spokesman Xu Hejian said, adding that strict measures have been implemented to stem the spread of the deadly virus.

Earlier, China's National Health Commission reported 46 new coronavirus cases including 27 in Beijing, which is currently testing thousands of people and lockdown many residential areas following a sudden spurt of a cluster of cases from a local wholesale market.

The NHC on Tuesday reported 40 new confirmed COVID-19 cases on Monday of which 27 were reported in Beijing, four in Hebei Province, and one in Sichuan Province.

Wu Zunyou, chief epidemiologist with the Chinese Centre for Disease Control and Prevention, told the Communist Party mouthpiece People's Daily on Monday afternoon that the situation was very serious.

"The resurgence of cases sounded the alarm to us, with Xinfadi being a large food market that supplies a large proportion of Beijing's fresh vegetables, recording a high level of daily traffic, which is part of the reason behind
such a severe situation," Wang Peiyu, deputy head of Peking University's School of Public Health said.

In a bid to stem the spread of the contagion, the authorities in Beijing started conducting the nucleic acid tests on 90,000 people.

About two lakh people were reported to have visited the Xinfadi wholesale market since May 30.

Also, the official media in Beijing revived the debate about the origin of the coronavirus after Yang Peng, a researcher from Beijing CDC, told state-run CCTV that it has been preliminarily determined that the virus found on the samples from the market is related to strains China has seen from imported cases.

The World Health Organisation, which was blamed for supporting China since the coronavirus outbreak in Wuhan in December last, however, said the strain of the virus circulating at the Xinfadi market is not new.