'How can Hindus protest efforts to ban an edition of the Gita in parts of Russia, and force a publisher to withdraw an academic critique of Hinduism, all in the same breath? It makes the Hindu community seem petty, self-serving, and hypocritical.'

'Episodes like this allow Hinduism to be "owned" by the most conservative, intolerant, extremist voices. These people do not speak for me, and they certainly don't represent the form of Hinduism I practice and love," Princeton University's Hindu chaplain Vineet Chander tells Rediff.com's Arthur J Pais. Vineet Chander, the Hindu chaplain at Princeton University, was "extremely disappointed" by the news that Penguin India had agreed to withdraw Wendy Doniger's The Hindus: An Alternative History.

"As a Hindu American, and as someone who works with Hindu-American students and community members in an academic context," Chander said, "I believe that this action was shortsighted. I am deeply concerned that, in the name of 'protecting' the sentiments of Hindus, this will hurt the interests of the community in the long run, and further alienate thoughtful practitioners, especially among the younger generation of Hindus."

Chander said he read The Hindus three or four years ago, and had mixed feelings. "On the one hand, I found the book to be very well-written, highly readable, and engaging," he said.

"As a 're-visioning' of Hinduism, I think it did a great job of questioning assumptions and offering -- as the subheading promises -- an alternative narrative to the dominant one that many of us have come to accept as the singular Hinduism."

"In this respect, I thought the book was challenging in a healthy way. It forced me to wrestle with my own biases and embrace the sometimes messy reality that Hinduism's inherent diversity means there may be aspects that I am not familiar with or that seem to contradict what I've always believed or that simply rub me the wrong way."

Chander especially found the chapters on contemporary forms of Hinduism and Hinduism in America thought-provoking and very relevant to his work at Princeton.

"On the other hand," he continued, "there were certain things about the book that I didn't like or disagreed with. As an exploration of alternative, marginalised voices it was good, but could hardly be considered representative of Hinduism itself. As other reviewers have pointed out, Professor Doniger's cheeky, irreverent tone seemed, at times, to be condescending and inappropriate for an academic text.";

"While I wasn't surprised by this -- after all, in the preface she described being pelted by an egg -- I did think that the book suffered as a result."

Chander thinks the decision to withdraw the book in India was the wrong one.

"First, I think it runs counter to some of the most beautiful core, foundational values of Hindu faith traditions -- openness, pluralism, flexibility, and a willingness to engage in dialogue, even with -- especially with -- those one might disagree with," he said.

"Banning books seems more like Taliban culture than Hindu culture to me. I am deeply concerned that episodes like this allow Hinduism to be 'owned' by the most conservative, intolerant, extremist voices. These people do not speak for me, and they certainly don't represent the form of Hinduism I practice and love."

He also believes it sets a dangerous precedent.

"If I believe in freedom of thought and expression, I have to be willing to defend that freedom whether it is applied to a book I like or one I don't," he said.

"How can Hindus protest efforts to ban an edition of the Gita in parts of Russia, and force a publisher to withdraw an academic critique of Hinduism, all in the same breath? It makes the Hindu community seem petty, self-serving, and hypocritical."

"Finally, I think that even strategically this a bad decision -- ostensibly one step forward, but actually dozens of steps back. The groups who pressured the settlement may feel like they've shown their might, but in doing so they also seem to be betraying a certain kind of weakness and insecurity."

"Is my faith so weak, and is the argument made by The Hindus so utterly convincing, that I need a court to save me by pulling the book from shelves? Even if one believes that The Hindus hurts Hindu sentiments, why not respond with a thorough and convincing rebuttal? Why not answer speech with more speech, or address poor scholarship with better scholarship?"

"To engage in robust and articulate debate and discussion, or to publish scores of other books offering 'an alternative to the alternative', would show Hinduism's true strength, I think."

Withdrawing the book, he felt, "just reinforces the worst stereotypes of the anti-intellectual, fanatical, revisionist Hindu; it politicises a thousands-year-old tradition in the cheapest of ways."

In the long run, he said, he "is far more worried about the destructive effects of that on my community than any damage Wendy Doniger's book could do."

Varadaraja V Raman, who at 80-plus is nearly twice Chander's age, also liked the book. Raman, a retired physics and humanities professor at the Rochester Institute of Technology, who has made America his home for over four decades, has written on Hinduism in many journals.

In the early 1980s, he initiated a journal called IndHer (Indian Heritage) to educate children of Indian origin in America and wrote columns for India Abroad which were published as a book by the Bharatiya Vidya Bhavan.

"Non-Hindus writing on Hindus or aspects of Hinduism no longer enjoy the privilege they had previously on expressing their views, opinions and analyses," he said, "in terms that are deemed irresponsible, insensitive, or offensive by a growing number of awakened Hindus."

Raman has written in favour of Doniger's book, and in return received rebukes and insults.

"I am in a very sensitive position today," Raman said. "I empathise with the critics of the book. But I also know there are perhaps many enlightened Hindu intellectuals in India and elsewhere who regard any curbing of expression and banning of books as unhealthy for a civilisation; especially for the Indic civilisation which has for centuries been an open world where the keenest of philosophers have criticised one another freely over the centuries. But they all belonged to the tradition."

Raman stands by his review of the book -- he had written that Doniger 'has done a marvelous job of setting the record straight on this matter. She does this with the erudition that is expected of her, with an understanding that only an insightful scholar can muster, and an empathy that might come as a surprise to some of her harsh critics from the Hindu world... The book is strewn with wit, wisdom and word-play, as also nuggets of insights on Hindu visions. Doniger reminds us of the Hindu capacity to entertain.'

But Raman said he has also come to understand the anger against and pain over the book.

"The world has changed in many ways, both in positive and negative terms, in the past few decades," he said. "One such change relates to public discourse in the West, especially on individuals, groups, and cultures that are regarded as minorities. It is important to recognise that such reactions, though unfortunate in the framework of freedom of expression and scholarship, are understandable in a world where peoples who have suffered centuries of political colonisation, economic exploitation, and cultural marginalisation are re-asserting themselves in the world at large."

"What all this means," he added, "is that non-Hindus who, for whatever reason, are drawn to the study of Hinduism should be extremely careful about what they say in public or write in articles and books about the Hindu world. This is the reality, whether one likes it or not." 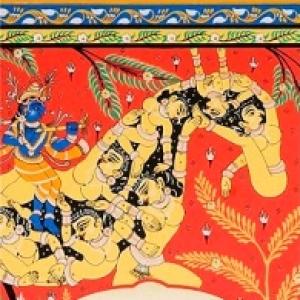