Six people were arrested in Meerut for allegedly putting up a banner outside a police station forbidding Bharatiya Janata Party workers from entering it. 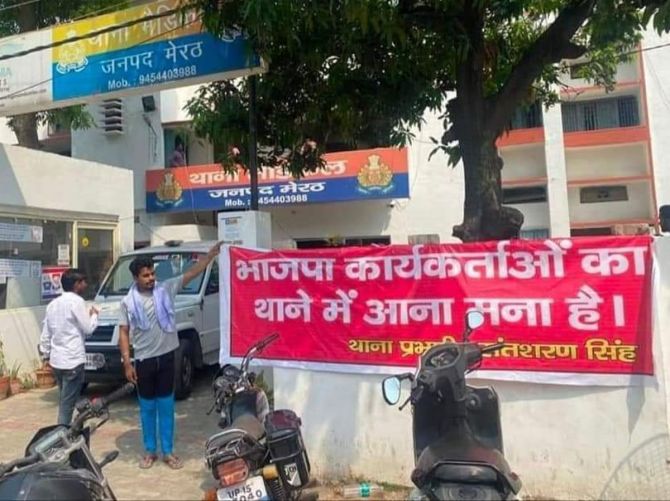 A photograph of the banner had surfaced on social media.

The name of the station house officer (SHO) of medical college police station was also written below the note.

Former Uttar Pradesh chief minister Akhilesh Yadav also shared the picture and tweeted, 'It has happened for the first time in five-six years, the people of ruling party are forbidden to enter police station. This is the state of BJP government in the state.'

Earlier in the day, Chaudhary had said, "The banner was put up by some unidentified people in the afternoon.

"Police has identified some people for their alleged involvement in the matter and action will be taken against them."

The officer added that minutes before the banner was put up, two groups reached the police station over some old property dispute.

Police suspect that someone from either sides might have put up the banner.