The name of Mohammad Ghori, one of India's most wnated men, has surfaced in the Bangalore assassination plot. This indicates a HuJI connection in the plot. Vicky Nanjappa reports.

Mohammad Farhatullah Ghori is one of the most wanted men in the list of both the Central Bureau of Investigation and the Interpol. His name has now cropped up during the investigation in the Bangalore assassination plot, and this would get the Gujarat police interested in the case too.

Ghori, a resident of Hyderabad, is wanted by the police who have put out a look out notice against him for crimes against life and health, crimes involving the use of weapons and explosives. An arrest warrant had first been issued against him by the court of the special judge (Prevention of Terrorist Activities) in Gujarat and also by the chief metropolitan magistrate in Hyderabad.

Ghori, whose name had first figured in the suicide bombing case at the Special Task Force in Hyderabad, once again resurfaced during the 2002 Akshardham temple attack case in Gujarat.

This time around his name cropped up during the interrogation of Dr Zafar Iqbal Sholapur, who is an accused in the assassination plot in which around 18 youth had planned to target an editor, a columnist and also a Hindu leader.

In the remand applications that were filed by the Bangalore police it is mentioned that Dr Sholapur met Ghori during his visit to Pakistan who had told him that he would want him to gather intelligence for them and also prepare for some other attacks.

The Bangalore police also state that the accused doctor had identified Ghori when he was shown a photograph.

Ghori is an important player in the terror network. He is 49 years old, has brown eyes and grey hair. He is said to be the maternal uncle of slain terrorist Shahid Bilal. A fanatic, according to the Intelligence Bureau, his claim to fame in the terror circles was when the Harkat-ul-Jihadi Islami carried out the suicide bombing at the STF office in Hyderabad in September 2003.

Soon after this attack he fled to Saudi Arabia where he had developed most of his contacts and the investigations revealed at that time that he had helped in the financing of the attack.

Ghori as per the latest information is based out of Karachi now. He is largely in charge of the operations undertaken by the HuJI in south India. Right from the beginning he had developed contacts in many countries who in turn helped him with the financing of attacks.

It is also said that Ghori is the man who continuously sent in the funds to Shahid Bilal who was able to under his activities in Hyderabad.

Now with the name of Ghori resurfacing in the Bangalore assassination plot, it is clear that he is very much in business.

The HuJI link to the assassination plot was under the scanner since day one. Although the outfit did not play a direct role in this attack, as it has been ascertained that these youth were self motivated, the fact that some of these boys met with HuJI operatives has given agencies something to ponder over.

Dr Sholapur, Abdul Hakeem Jamadar and Iqbal, other accused in this case, had been to Pakistan via Iran. They claim that they had met Ghori who used the alias Abdul Rehman while meeting with them. The police also say that he also goes by the alias Abu Sufiyan.

During that meeting he inquired about their interest in carrying out such activities and also put them through some other operatives under whom they were supposed to train. He made it clear that to them their role in India would be to gather intelligence and send it across so that it could help them carry out attacks.

He also said based on their loyalty and performance they would also be considered for major attacks in southern India.

The intelligence files on Ghori would suggest that he was indoctrinated in the terror network to work closely with the operatives in both Hyderabad and Gujarat. During the various probes it has been revealed that the Hyderabad and Gujarat modules have always been interlinked and Ghori had become a point man for this module.

Although his initial role was restricted to financing, gradually he was asked to play a more active role in this network and also take part in the indoctrination of the youth who went to Pakistan from southern India and also from Gujarat. 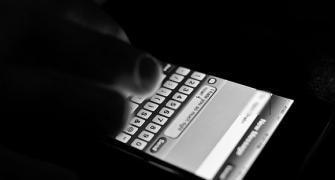 How HuJI, PFI lobbed the hate bomb with ease
Insight: The terror track of HuJI
The link between Bangalore plot and HuJI: Majid Bilal

Busted module's aim was to carry out assassinations