A police complaint has been registered against 50 Bajrang Dal activists for allegedly breaching peace and communal harmony after the saffron outfit organised a camp where volunteers purportedly brandished rifles, swords and sticks. 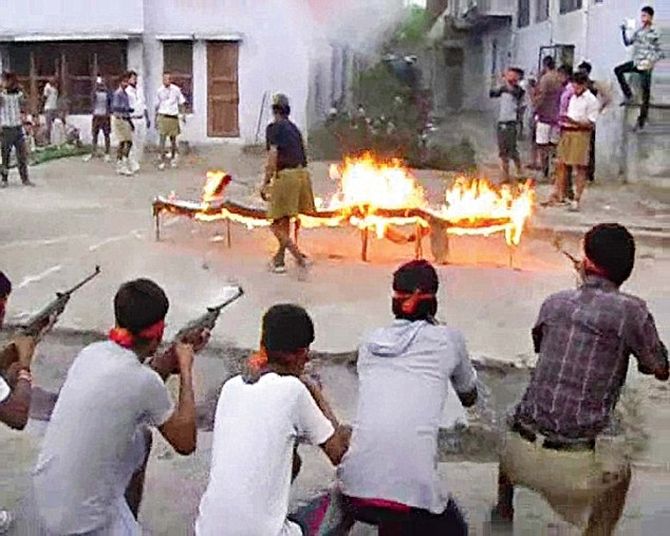 The FIR was registered in Ayodhya Kotwali Police Station on Tuesday night.

Taking cognisance of unlawful activities being carried out by Bajrang Dal in Ayodhya on May 10, the Faizabad police has lodged an FIR against 50 activists and office bearers of the saffron outfit for disturbing peace, law and order and communal harmony, Faizabad SSP Mohit Gupta said.

The right-wing outfit had organised a 'self defence' camp in Ayodhya to impart training in weapons to saffron cadres.

Photographs of the saffron cadres brandishing rifles, swords and even lathis in the camps in some Bajrang Dal-managed schools had gone viral on social media and news channels.

The radical group is of the view that martial art and weapon training was needed as it could not rely on the police and politicians to protect the Hindu community from the alleged threat that they face. 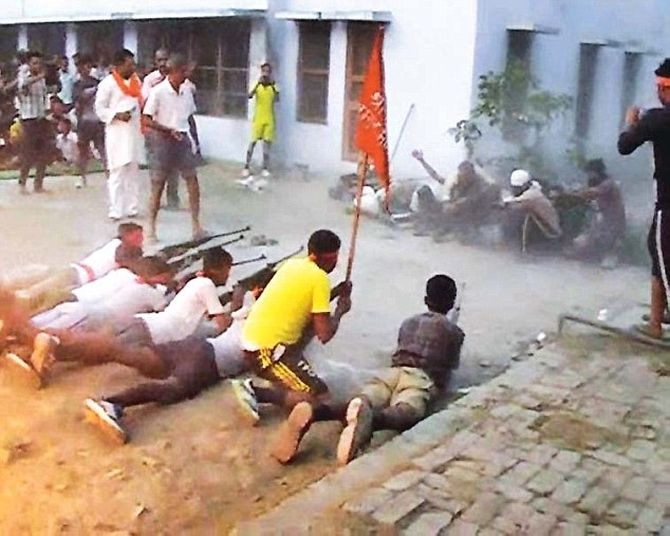 The annual 'self defence' camp of the right-wing outfit, which was organised in Ayodhya, is now scheduled to be held in Sultanpur, Gorakhpur, Pilibhit, Noida and Fatehpur, sources in Bajrang Dal, which is the youth wing of the Vishwa Hindu Parishad, said.

Bajrang Dal has faced allegations of rioting and violence against religious minorities. The outfit has also been accused of running vigilante cow-protection programmes.

Bajrang Dal has defended its action and said that the training was imparted to generate nationalistic feeling among the youth.

"In Bajrang Dal, these all are done to build character and generate nationalistic feeling among the youth. There are different programmes, some are for the physical well-being whereas others are for mental well-being.

"We train men to protect and help women. Other communities are welcome to do this," Ravi Anant, a VHP leader, said.