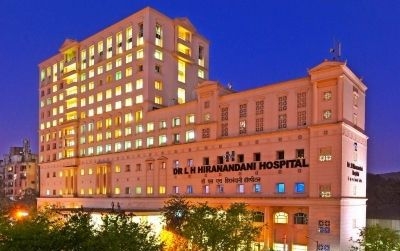 Five doctors, including the chief executive officer of L H Hiranandani Hospital, were on Thursday granted bail by a local court in connection with the alleged kidney transplant racket.

The Andheri metropolitan magistrate court, which had on Tuesday reserved its order till today on their applications granted bail to CEO Sujit Chatterjee, medical director Anurag Naik, Mukesh Shetye, Mukesh Shaha and Prakash Shetye, on the condition that they attend Powai police station till September 26. They were also directed against leaving the country.

All the accused had moved for bail on August 13 after the court remanded them to 14-day judicial custody till August 26.

On Tuesday, their lawyers Aabad Ponda and Pranav Badeka had told the court that the case against the doctors and the hospital authorities was only of procedural lapses and negligence. Also, several other accused in the case including the donor and recipient are on bail.

They also told the court that the case against the doctors was not under the Indian Penal Code but under the Organ Transplant Act and the money which allegedly exchanged hands for the transplant has been recovered.

The doctors were arrested under the Transplantation of Human Organs Act on the basis of a report by the Director of State Health.

The racket was exposed after the police were tipped off that a kidney transplant operation had been scheduled on July 14 at the privately-run HiranandaniHospital in Powai, where donor and recipient were not related.

Following the bust-up, 14 people, including five doctors, the donor, receiver and agents were arrested.

The operation on Brijkishor Jaiswal, the recipient, was stopped at the last moment as police found that the woman who was donating the kidney to him was not his real wife, contrary to the papers submitted by the duo.

The woman had pretended to be Jaiswal’s wife only to be able to donate him the kidney for monetary gains, according to the police.

Last week, a local sessions court had rejected the anticipatory bail pleas of two doctors -- Veena Swelikar (a general surgeon) and Suvin Shetty (a consulting pathologist) in the case after Powai police said that their interrogation was needed to unearth the entire racket.