Pakistan's Inter-Services Intelligence had been tracking the disgruntled Madhuri Gupta, who was arrested in Delhi for spying for Pakistan, for over three years before she finally agreed, Gupta's interrogators told rediff.com.

The ISI had succeeded in tapping Gupta's phone when she was posted in Baghdad, Iraq, about three years ago.

The interrogators have also come across the involvement of an ISI official named Jamshed, who was allegedly in direct contact with Gupta in Pakistan.

Gupta had earlier told her interrogators that the humiliation she faced at the hands of her seniors drove her to spy for Pakistan as revenge against the Indian establishment in general, and the India Foreign Service in particular.

Sources told rediff.com that Gupta had begun showing her first signs of dissatisfaction with the Indian administration while she was in Baghdad, where she was reportedly humiliated by one of her senior colleagues.

Gupta had reportedly shared her anger with others and the ISI, which is always on the lookout for such officers, got wind of this.

Trying to make most of the situation, the Pakistani intelligence agency then placed two handlers on the job, namely Mudassar Rana and Jamshed.

Rana did not find it difficult to convince Gupta to spy on her own country, as she had a one-point agenda -- to take revenge against the IFS.

Rana first met Gupta in Baghdad and told her about the various benefits she would get if she passed on information from the Indian side, said the interrogators.

They had also met in Kuala Lumpur, interrogators added.

After the deal was done, Jamshed, an official from the intelligence wing of Pakistan, contacted Gupta and explained the finer details of what she needed to do. Gupta's spying began only after she had been posted in Pakistan.

She had been instructed to get information regarding India's operations in Afghanistan and India's Pakistan policy. Indian investigation agencies have traced a couple of her emails to this effect, said Gupta's interrogators.

Indian government officials have said that most of the information Gupta had passed on to her Pakistani handlers was not significant.

Interrogators are now trying to ascertain Gupta's humiliation claims. According to her statement, she had been posted in Baghdad when the alleged incident occurred and the particular officer involved is currently working in Saudi Arabia.

"We may question him too, but that is not a very important facet of the case as of now," one of the officers said.

The Intelligence Bureau said post the Madhuri Gupta incident, they had undertaken a major debriefing of all officials.

The ISI is always on the look out for disgruntled officers, and has a strong network of informers in the Gulf nations, Afghanistan and of course Pakistan. 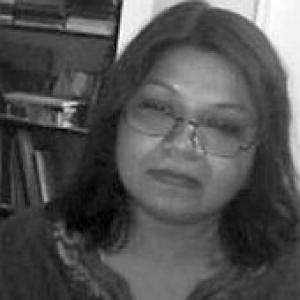 How female spies changed the course of history