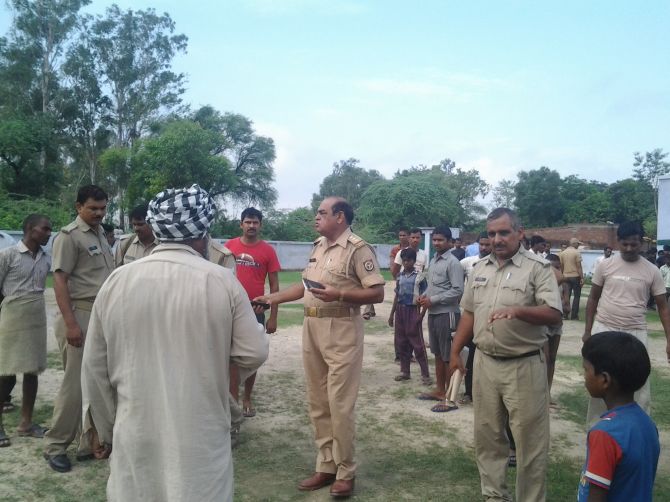 A 30-year-old woman's body was found near a village school in Uttar Pradesh's Mohanlalganj area. Sharat Pradhan reports that the victim was brutally stabbed and then left to bleed.

First came Badaun and now it’s Mohanlalganj. After two sisters’ bodies were found hanging from a tree after they were allegedly gang-raped, a body of another young woman from a village was found near a school in Mohanlalganj area of Lucknow on Thursday morning.

The stark naked body of the 30-year-old was discovered at the same time the police were busy making arrangements for the visit of former US President Bill Clinton, who was in the area as a part of a charity project.

On Friday, Sanyal visited the scene of the crime. The officer also confirmed that the medical reports had revealed that the woman had been raped. “It was a ghastly sight with the woman having to endure multiple stab wounds to the vaginal region, which led to heavy bleeding and eventually her life,” added Lucknow Deputy Inspector General of police Navneet Sikera.

“The fact that the woman’s tattered clothes were strewn all over the school premises and blood was splattered at different spots  goes to show that the victim had put up a fight and tried to fend off her assailants before she finally succumbed to the deep wounds that were inflicted on her,” he added.

The police say they have sufficient leads to track down the key culprits, believed to be three in number.  “We hope to arrest them very soon,” said a top cop.

The victim was so severely brutalized that it took cops 24 hours to identify her. Medical reports and investigations reveal that the victim worked as a contractual employee at a government-run medical institute a few kilometers away from the scene of the crime.

Doctors and para medical staff working in the hospital described the victim as a “well-behaved and sincere worker”.

Additionally, the local station house officer and the beat sub-inspector have been suspended for showing complete insensitivity in the case, as they did not cover the body after it was discovered.

Image: Police officials gather near the school where the victim's stark body was found by villagers. Photograph: Sandeep Pal