Babus refuse to comply with AAP govt's order on transfers 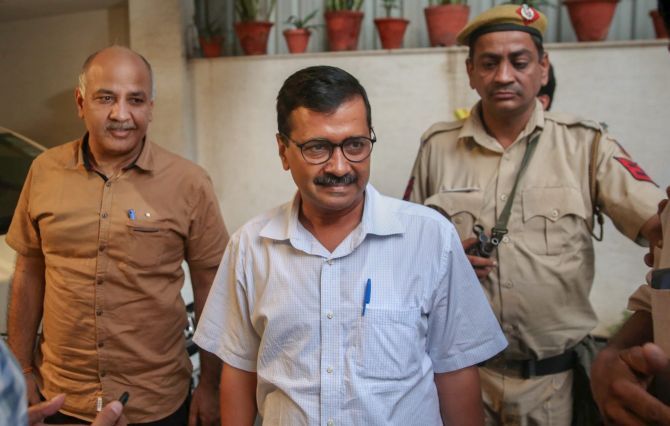 The refusal of bureaucrats to comply with the Delhi government's directives amounts to contempt of court and the leadership is seeking legal opinion on the matter, Deputy Chief Minister Manish Sisodia said on Thursday.

A day after the Supreme Court ruled that that lieutenant governor is bound by the elected government's advice and cannot be an 'obstructionist', Sisodia said he appealed to officials and the Centre to abide by the judgment.

"The chief secretary has written to me saying the services department will not follow the orders. If they are not going to abide by it and the transfer files will still be seen by the L-G then it will amount to contempt of the constitution bench," Sisodia told reporters.

"We are consulting our lawyers about what can be done in the situation," he said, adding that the Supreme Court had clearly stated that the L-G has the power to interfere only in three subjects, which does not include the services department.

"I appeal to the officers as well as the Centre to abide by the Supreme Court judgement," Sisodia said.

Hours after the Supreme Court's landmark judgment on Wednesday, the Delhi government introduced a new system for transfer and postings of bureaucrats, making Chief Minister Arvind Kejriwal the approving authority.

However, the services department refused to comply, saying the Supreme Court did not abolish the notification issued in 2016 which made the Ministry of Home Affairs the authority for transfers and postings.

The tussle between the Delhi government and central government continues even after the Supreme Court's judgment, which clipped the powers of the L-G.

It said he has no 'independent decision making power' and has to act on the aid and advice of the elected government.

The judgment by a five-judge constitution bench, headed by Chief Justice Dipak Misra, laid down broad parameters for the governance of the national capital, which has witnessed a bitter power tussle between the Centre and Delhi government since the Aam Aadmi Party government first came to power in 2014.