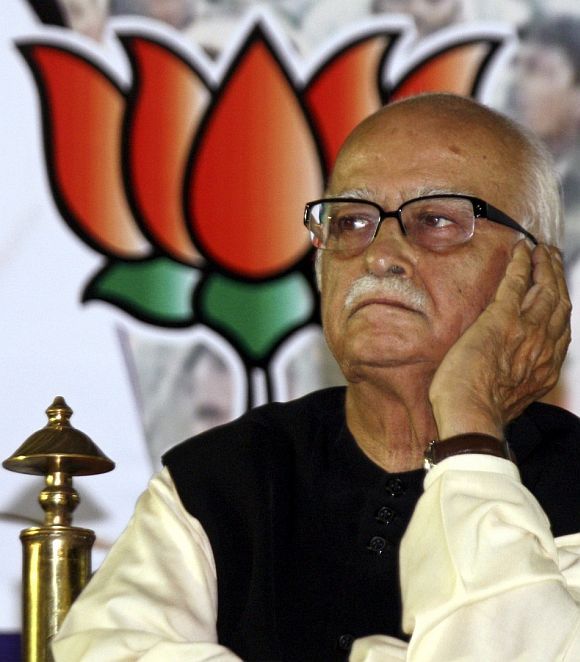 A special Central Bureau of Investigation court on Friday directed Bharatiya Janata Party stalwarts L K Advani, M M Joshi and Uma Bharti to appear before it on May 30 for framing of charges in the Babri Masjid demolition case in light of the Supreme Court order restoring the serious offence of criminal conspiracy against them.

He said no application for adjournment or exemption shall be entertained.

The judge gave the directions after Vimal Kumar Srivastava and Manish Tripathi, representing the six accused, moved an application seeking their exemption from personal appearance for Friday only on the ground they had prior commitment.

CBI lawyers Lalit Kumar Singh and R K Yadav opposed the plea contending that the court had on Thursday indicated that it may frame charges against the accused on Friday and that they should be present on the May 30.

After hearing the arguments, judge Yadav allowed the application for exemption keeping in view the interest of justice on the condition that they should be present before the court on the next date.

The apex court had on April 19 directed that Advani, 89, Joshi, Bharti and other accused in the case would be prosecuted for criminal conspiracy in the politically sensitive 1992 Babri Masjid demolition case. It had also ordered day-to-day trial to be concluded in two years.

The top court, which had dubbed the demolition of the medieval-era monument as a “crime” which shook the “secular fabric of the Constitution”, allowed the CBI’s plea on restoration of criminal conspiracy charge against the four BJP leaders, including Katiyar, besides Sadhvi Ritambara and Dalmia who is in his late 80s.

However, the Supreme Court had said BJP leader Kalyan Singh, who is the Rajasthan Governor and during whose tenure as the chief minister of Uttar Pradesh the disputed structure was razed, is entitled to immunity under the Constitution as long as he holds the gubernatorial office.

It had transferred the case against Advani, Joshi, Bharti and three other accused from a Raebareli court to Lucknow for a joint trial in the demolition case.