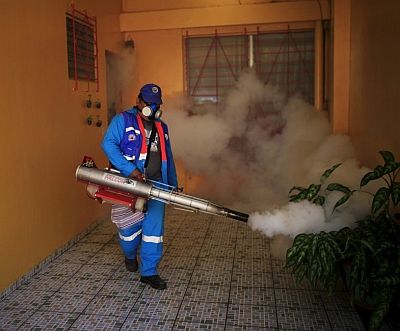 FAQ: What is the Zika virus?

In hard-hit Brazil there is a possible link between the virus and a neurological disorder called Guillain-Barre syndrome, it said.

"Women who have made such trips and develop Zika symptoms -- fever, rash, muscle aches and conjunctivitis -- during or within 2 weeks of their travel should be tested for the virus.

The list of countries in the travel alert issued by the US Centers for Disease Control and Prevention which include 14 countries and territories in Central and South America and the Caribbean, are Brazil, Colombia, El Salvador, French Guiana, Guatemala, Haiti, Honduras, Martinique, Mexico, Panama, Paraguay, Suriname, Venezuela and the Commonwealth of Puerto Rico, said a statement issued by IMA.

The CDC added 8 countries and territories to the list; of these, six are in the Caribbean and South America: Barbados, Bolivia, Ecuador, Guadeloupe, Saint Martin, and Guyana and the two Cape Verde and Samoa, break the geographic pattern. Cape Verde is off the coast of Africa while Samoa is in Polynesia.

Brazil has counted a surge of almost 4000 cases of microcephaly in newborns since October 2015.

The abnormally small heads of these babies often are accompanied by incomplete brain development, which can lead to a lifetime of health problems. In severe cases, newborns do not survive for long.

Faced with these risks, Colombia and El Salvador have urged women to delay becoming pregnant, in the case of El Salvador, until 2018.

Zika infection is generally a mild illness in adults. Only one in 5 individuals who catch the virus develops symptoms, which usually disappear within a week.

Zika has been isolated in human semen, and one case of possible person-to-person sexual transmission has been described, the statement said. However, there is currently no evidence of Zika being transmitted to babies through breast milk.

The disease's rapid spread, to 21 countries and territories of the Latin America since May 2015, is due to a lack of immunity among the population and the prevalence of the Aedes aegypti mosquito that carries the virus.

A small number of European tourists have been diagnosed with the disease upon their return from Central or South America.