The prime accused in the Mangaluru blast case -- Mohammed Shariq -- visited the Sri Krishna mutt in Udupi in October, the police said on Monday. The Udupi police said they had verified CCTV cameras installed by business establishments in and around the car street area of Krishna Mutt and have collected information from shopkeepers.

The police said an aged woman had even called her grandson using Shariq's phone.

The police said they suspect that he had arrived at car street area in Udupi on October 16 and later travelled to Karkala and Bantwal.

The security in and around the Krishna mutt has been beefed up in view of threats, they said.

Meanwhile, a preliminary meeting was held Mangaluru on Sunday to discuss the security arrangements to be made at the Kadri Shri Manjunatheshwara temple in Mangaluru in view of the information that suspected terrorists had planned to target the shrine.

Measures like installation of metal detectors and bag-screening machine were suggested at the meeting, sources at the temple said.

Shariq had reportedly projected himself as a Hindu wherever he went to avoid suspicion, the police had said.

The blast took place in a moving autorickshaw, near a police station in Mangaluru, leaving a passenger and the driver injured.

Karnataka's police chief had said the blast was an act of terror. 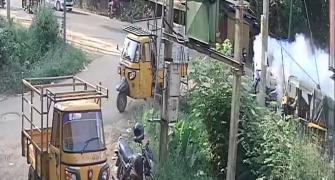 Mangaluru blast accused projected himself as a Hindu 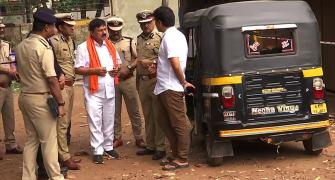 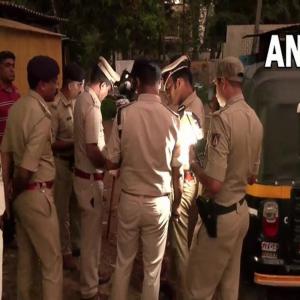