Australia's medicines and medical devices regulator on Monday formally recognised India's Covaxin, a vaccine against the coronavirus as the country's border was reopened for the first time in nearly 20 months. 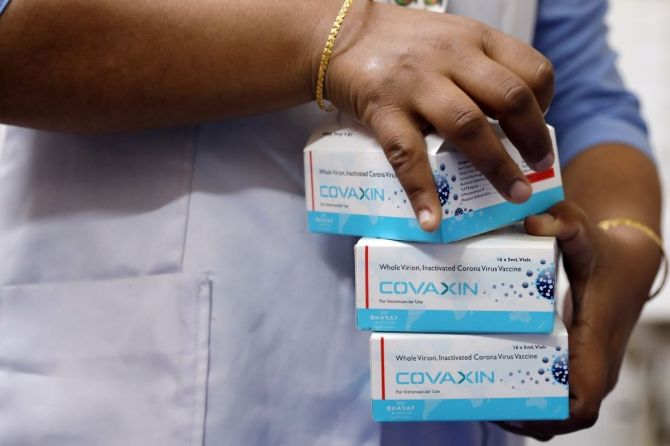 "Today, the Therapeutic Goods Administration determined that Covaxin (manufactured by Bharat Biotech, India) and BBIBP-CorV (manufactured by Sinopharm, China) vaccines would be 'recognised' for the purpose of establishing a traveller's vaccination status,” Australia's medicines and medical devices regulator TGA said.

In recent weeks, the TGA has obtained additional information demonstrating these vaccines provide protection and potentially reduce the likelihood that an incoming traveller would transmit COVID-19 infection to others while in Australia or become acutely unwell due to COVID-19.

The supporting information has been provided to the TGA from the vaccine sponsor and/or the World Health Organisation.

“Importantly, recognition of Covaxin, and BBIBP-CorV, along with the previously announced recognition of Coronavac (manufactured by Sinovac, China) and Covishield (manufactured by AstraZeneca, India), means many citizens of China and India as well as other countries in our region where these vaccines have been widely deployed will now be considered fully vaccinated on entry to Australia.

In addition, with input from the TGA, Australian Technical Advisory Group on Immunisation determined that those who have received two doses of a TGA-approved or recognised vaccine at least 14 days apart are regarded as fully vaccinated from 7 days after the second dose (with the exception of Janssen vaccine, where they are regarded as fully vaccinated 7 days after the single dose), it said.

“Today, the @TGAgovau determined that Covaxin (manufactured by @BharatBiotech,) vaccine would be 'recognised' for the purpose of establishing a traveller's vaccination status,” Australia's High Commissioner to India Barry O'Farrell AO said on Twitter.

“Importantly, recognition of #Covaxin, along with the previously announced recognition of #Covishield (manufactured by @AstraZenecaIn), means many citizens, as well as other countries, will now be considered fully vaccinated on entry to Australia,” he said in another tweet.

Hyderabad-based Bharat Biotech, which has developed Covaxin, had submitted EOI (expression of interest) to the World Health Organisation on April 19 for the vaccine's Emergency Use Listing (EUL).

India's Bharat Biotech has been submitting data on the EUL of Covaxin ‘regularly and very quickly’ to a technical committee which hopes to have a final recommendation to the WHO next week, a top official of the global health agency said on Thursday, stressing that the UN body ‘trusts’ the Indian industry that manufactures high quality vaccines.

The WHO has so far approved COVID-19 vaccines of Pfizer-BioNTech, AstraZeneca-SK Bio/Serum Institute of India, Johnson & Johnson-Janssen, Moderna, and Sinopharm for emergency use.

Meanwhile, Australia's international borders reopened on Monday, ending nearly 20 months of tough restrictions and sparking emotional scenes at Sydney and Melbourne airports as people reunited with their loved ones.

At Sydney airport, passengers on flights from Singapore and Los Angeles were met with hugs and tears, the Australian media reported.

Australia was one of the first countries to shut its borders to international travel in March 2020 after the pandemic, which was first reported in central China's Wuhan city, peaked.

Shortly after the start of the pandemic, the government said only citizens and permanent residents would be allowed to enter, and they would have to undergo two weeks of hotel quarantine. A quota system also severely limited the number of people who could arrive each day.

But as Australia's vaccination rollout accelerated in recent months, Prime Minister Scott Morrison said citizens and permanent residents who had received both their shots would be allowed to travel internationally and return home from Monday -- with arrival quotas also lifted.

So far, only the highly-vaccinated states of New South Wales and Victoria -- home to Australia's largest cities of Sydney and Melbourne -- have relaxed restrictions on international arrivals. More than 80 per cent of the adult population in both states is now fully vaccinated, media reports said.