Patel, 62, dubbed as 'Dr Death', was sentenced to seven years' jail in July 2010 after a Brisbane Supreme Court found him guilty of manslaughtering three patients -- Gerry Kemps, 77, James Phillips, 46, and Mervyn Morris, 75. He was also found guilty of causing grievous bodily harm to a fourth man.

His lawyers told a high court in Brisbane that Patel was found guilty after the Crown changed its case halfway through the 58-day trial and that the convictions were a miscarriage of justice.

Patel's lawyer Liam Kelly said his client was incorrectly tried under the wrong provisions of the criminal code, according to The Courier Mail. "(Patel) was denied a proper trial according to law," he said.

Patel's convictions are related to his time as a surgeon at the Bundaberg Hospital in south east Queensland between  2003 and 2005.

Patel last year had appealed against his convictions and sentence to Queensland's Court of Appeal, the state's highest court, while the attorney-general appealed the against the sentence imposed.

A number of grounds were relied upon in particular the proper construction of section 288 of the Queensland's Criminal Code 1899.

The Court of Appeal upheld the convictions, dismissing the appeal on the basis Patel's decision to operate in each case was thoroughly reprehensible. It ruled the decision was criminal and deserved criminal punishment.

The court, in relation to section 288 of the Code, found that the section applied in relation to both criminal negligence and omissions in the course of performing surgery.

The panel also dismissed all other grounds of Patel's appeal. His lawyers took their case to the high court which had granted Patel leave to appeal in February this year.

Kelly told the court he would submit Patel was convicted on the basis that his decision to operate was criminally negligent. However, he argued the piece of legislation used for prosecution was not broad enough to cover Patel's decision-making, but could only relate to any mistakes he may have made during the surgeries.

The fundamental problem is that (the section of law) is irrelevant because it does not deal with the decision to operate, but it deals with the performance of surgery," he said.

Kelly told the court the verdicts were also unsafe because the Crown changed its case mid-way through the trial.

By that point, Kelly said, the trial had "gone off the rails" because the jury had already heard "a wealth of prejudicial material" that it could not use.

Kelly said Justice John Byrne erred in allowing the case to be narrowed so severely at such a late stage in the trial, when he should have discharged the jury and started the trial anew. He submitted the convictions should be quashed. 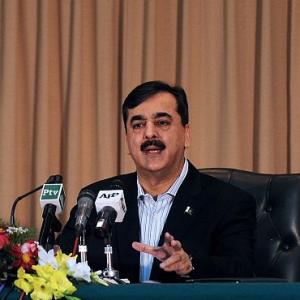