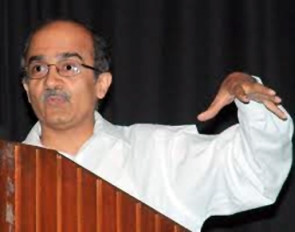 Attorney General K K Venugopal on Monday filed a contempt petition in the Supreme Court against activist lawyer Prashant Bhushan for allegedly scandalising the court with his recent tweets on the appointment of former interim chief of Central Bureau of Investigation M Nageswara Rao.

The contempt petition refers to the February 1 tweets by Bhushan in which he had allegedly said that the government appeared to have misled the apex court and perhaps submitted fabricated minutes of meeting of the high-powered selection committee headed by the prime minister.

Venugopal said in his plea that through his tweets, Bhushan appeared to have deliberately intended to cast aspersions on the “integrity and honesty” of the attorney general who had placed the minutes of the meeting before the apex court during the February 1 hearing.

On February 1, a bench headed by Justice Arun Mishra was hearing a petition filed by NGO Common Cause challenging the Centre’s decision to appoint Rao, an IPS officer, as the interim CBI director.

Venugopal has said in his petition that Bhushan’s tweets “scandalise or tend to scandalise and lower or tend to lower the authority of this court”.

He said that during the hearing on February 1, he had handed over to the bench the minutes of meeting of the high-powered committee held on January 9 and January 10.

“A mere reading of the said minutes would establish that the high powered committee, at the said meeting, had taken a decision to permit the Central government to post a suitable officer to look after the duties of the Director CBI till the appointment of a new director,” the plea said.

The petition said that signature of all the three members of the committee -- Prime Minister Narendra Modi, apex court judge Justice A K Sikri (as a nominee of CJI) and Congress leader Mallikarjun Kharge -- was affixed in the decision taken by the panel.

Venugopal said Bhushan, in one of his tweets on February 1, had said, “I have just confirmed personally from the leader of opposition Mr Kharge that no discussion or decision in HPC meet was taken re appt of Nageswara Rao as interim Director of CBI. The govt appears to have misled the court and perhaps submitted fabricated minutes of the HPC meeting.”

The attorney general said that the statement/confirmation attributed to Kharge could never have been made by him for the simple reason that he himself had signed the minutes of the meeting which also contained the final decisions of the high-powered committee.

He said that on February 1, Bhushan had put in public domain a copy of letter dated January 14 addressed by Kharge to the prime minister.

“It was wholly impermissible on his (Bhushan) part to allege fabrication of documents or the court having being misled, without first, at least applying to the court to call for a copy of the minutes to find out whether any decision had been taken by the high-powered committee regarding the appointment of an interim director,” the plea said.

Venugopal said that Bhushan “chose to hurl false and vindictive allegations against the Government of India as well as the attorney general and to cast aspersions against an officer of this court and his integrity.”

The statement made by Bhushan that government had perhaps submitted fabricated minutes of the meeting was “wholly false statement”, it said.

“If the minutes of the meeting were to be fabricated, the members of the high powered committee who constituted the majority would have to be parties to such fabrication as their signatures are contained on the very same page on which the decision is recorded in the minutes,” the plea said.

“The allegation then is directly against a sitting judge of this court. This, it is submitted is wholly impermissible and constitutes gross and deliberate contempt of this court,” it said.

The petition further said that “attack” on the Attorney General in such a “brazen, wilful and malicious manner” would tend to shake the very foundation of justice delivery system.

“It is prayed that this court may be pleased to issue notice of contempt to the respondent (Bhushan) herein, hear him on the allegations made in this petition and convict him of committing contempt of this court and award suitable punishment as deemed appropriate by this court in the facts of this case,” the plea said.

During the February 1 hearing, Venugopal had placed before the court in a sealed cover the minutes of the meeting of the high-powered selection committee which was held last month for appointing the new CBI chief.

Venugopal had informed the bench that the Centre had taken the permission of the committee to appoint Rao as an interim CBI director.

The selection committee comprises the prime minister, the leader of the largest opposition party and the Chief Justice of India or his nominee judge of the apex court.