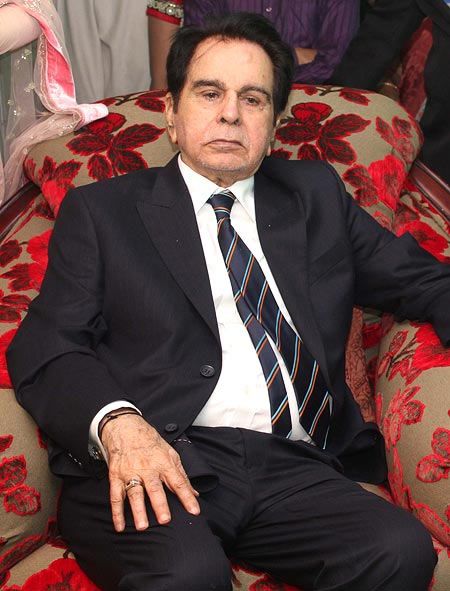 Former Prime Minister Atal Bihari Vajpayee complained to Pakistan Prime Minister Nawaz Sharif after the outbreak of the Kargil conflict that he had been treated shabbily. He made the Pakistan premier speak with bollywood legend Dilip Kumar who pleaded for controlling the situation, says a new book.

Narrating a startling anecdote recounted to him by Saeed Mehdi, the ex-principal secretary to Nawaz Sharif at the time of the Kargil War in May 1999, former Foreign Minister Khurshid Kasuri says, "According to Saeed, one day he was sitting with PM Sharif when the telephone bell rang and his aide informed the PM that Vajpayee wished to speak with him urgently."

During their talks, Vajpayee expressed his grievances that he had been treated shabbily by Sharif after having been invited to Lahore, Kasuri writes in his book 'Neither a Hawk Nor a Dove'.

Sharif looked surprised at the words of Vajpayee, who complained that while in Lahore he had been received with such warmth, Pakistan had wasted no time in occupying Kargil.

Sharif said that he was not aware of what Vajpayee was saying to him and promised to get back after talking to the then chief of the Army Staff General Pervez Musharraf.

Before the conversation could end, Vajpayee told Sharif that he wanted him to speak to somebody who was sitting next to him during their conversation, Kasuri writes.

Sharif was astonished when he heard the voice of Dilip Kumar (Yousuf Khan, who is originally from Peshawar), who said, "Mian sahib, we did not expect this from you since you have always claimed to be a great supporter of peace between Pakistan and India", Kasuri writes in the book.

“Let me tell you that as an Indian Muslim, in case of tension between Pakistan and India, we become very insecure and find it difficult to even leave our homes. Please do something to control this situation,” Kumar, a recipient of Pakistan's highest civilian honour Nishan-e- Imtiaz, told Sharif.

Kasuri feels that he has made his point, "If even the great icon Kumar, as an Indian Muslim, felt insecure in case of tensions between India and Pakistan,” it would not be hard to imagine the  difficulties faced by ordinary Muslims in periods of tension between the two countries.

Kasuri says that he has seen personally that it is possible to have a meaningful peace process between the two countries and how quickly such a process could change the paradigm of relations between them.

He concludes with his conviction that peace is possible between the two countries and that it would have a very positive impact on the status of minorities in both the countries.