Top leaders of over a dozen parties met in New Delhi on Monday and reaffirmed their commitment to strengthen the opposition unity and defeat the Bharatiya Janata Party in the 2022 Uttar Pradesh assembly polls and the 2024 general elections, according to sources. 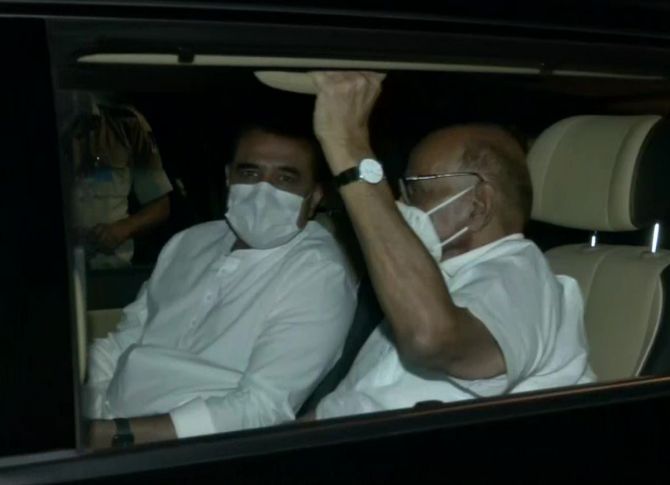 The leaders came together at a dinner hosted by senior Congress leader Kapil Sibal where almost all the members of the 'Group of 23' who had written to Congress chief Sonia Gandhi seeking an organisational overhaul were also present.

"Such meetings should be organised more frequently to ensure that the unity is strengthened further. We have to defeat the BJP in Uttar Pradesh first in 2022 and then in general elections of 2024," said an opposition leader, who was present during the meet.

Incidentally, this was the first such engagement of Congress leaders of the 'Group of 23' with top opposition leaders .

The sources said after the initial remarks by Sibal, all leaders said they had to get together to defeat the BJP first in UP in 2022 and then in 2024 Lok Sabha polls.

"We must fight the BJP together and remain united," a leader was quoted as saying at the meeting.

Another leader alleged that the BJP "has destroyed democracy and the democratic institutions that keep a check on the government".

"We must defeat BJP and restore democracy in the country," he said.

They also claimed the BJP has done "nothing" for the oppressed and poor sections of society, especially during the pandemic and after, and the ruling the party needed to be "exposed", according to the sources.

The opposition leaders, the sources said, also lauded the efforts of the Group of 23 leaders in strengthening the Congress.

The sources said Sibal, who is legal luminary, succeeded in bringing so many opposition leaders together due to his personal rapport with them.

The opposition parties have been ratcheting up pressure on the government on a slew of issues like the Pegasus snooping controversy, farm laws and the handling of the COVID-19 pandemic.