There is an atmosphere of tension and violence in the nation, Rajasthan Chief Minister Ashok Gehlot said in Jaipur on Thursday in the presence of Prime Minister Narendra Modi and also countered the narrative that "nothing was done in the past 75 years" in the country.

"There is a need to strengthen peace, harmony and brotherhood in the country because it is being seen that there is an atmosphere of tension and violence, and it is the desire of all to get rid of it," Gehlot said.

He said that Prime Minister Modi visits other countries and gets respect because the country has progressed in 75 years in science, technology and other areas, which is being valued by other countries.

"We have a glorious history. As we are celebrating Azadi ka Amrit Mahotsav, we should remember Mahatama Gandhi, Jawahar Lal Nehru, Saradar Patel, B R Ambedkar, Lokmanya Tilak, and other personalities who struggled to get us freedom, and because of them we have reached here in last 75 years after independence,” said the CM.

”Our country's identity is not new, and from the ancient time we have believed in Vasudhaiva Kutumbakam, which means the world is one family,” said the CM.

”I believe that the country and the society can progress only by walking on the path of truth and non-violence. Development will happen where there is peace and this is what we believe in,” he added.

Earlier, delivering the keynote address, Modi noted that one's progress is aligned with the nation's progress and stressed the need for giving importance to one's duties for the country's rise.

Launching year-long initiatives dedicated to Azadi Ka Amrit Mahotsav by the Brahma Kumaris, which include more than 30 campaigns and over 15,000 programmes and events, the prime minister said people only talked of their rights all these years and fought for them.

Speaking of rights may be right to some extent in certain circumstances but forgetting one's duties completely has played a huge role in keeping India weak, Modi said and called for everyone to work together to discharge their duties that will remove social ills and also take India to new heights.

Founded in India in 1937, the Brahma Kumari movement has spread to over 130 countries.

The event was held on the occasion of the 53rd ascension anniversary of Pitashree Prajapita Brahma, founding father of the Brahma Kumaris movement. 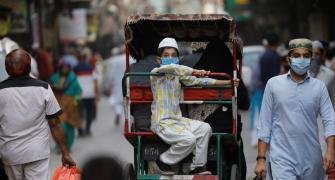 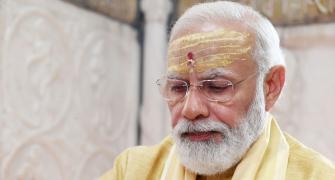 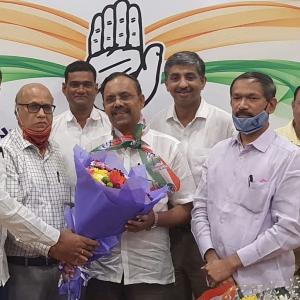