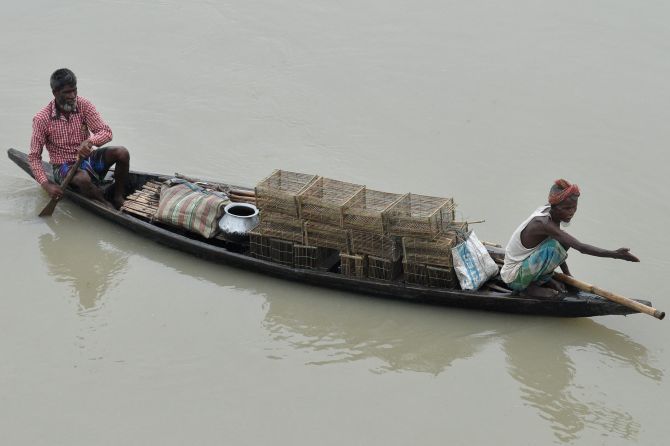 The Brahmaputra and its tributaries are overflowing in 18 districts of the state, flooding Rhino homelands in KazirangaNational Park and Pobitora Wild Life Sanctuary. 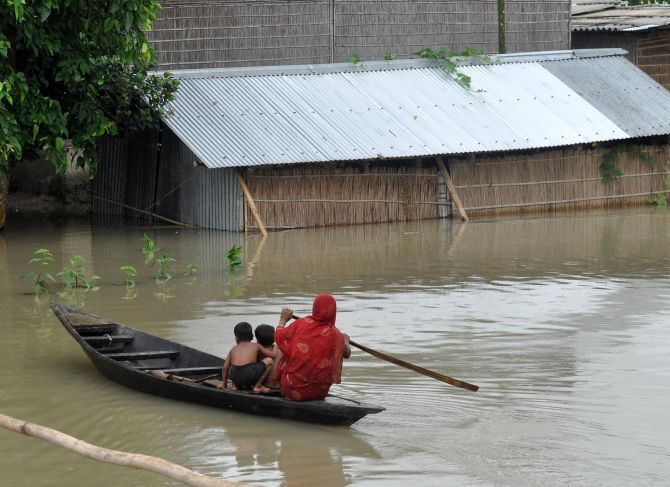 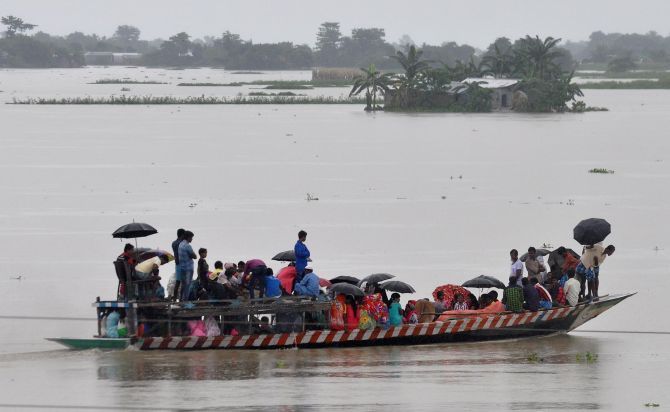 The army, SDRF and NDRF are assisting the district administrations in evacuating the affected population to safer places, the authority said.

An adult male rhino was drowned in a river in Kaziranga National Park due to the floods and its carcass with its horn intact was recovered on Monday near Siga camp under Agoratoli camp, close on the heels of another such dead rhino which was found there two days ago, Forest Department officials said. 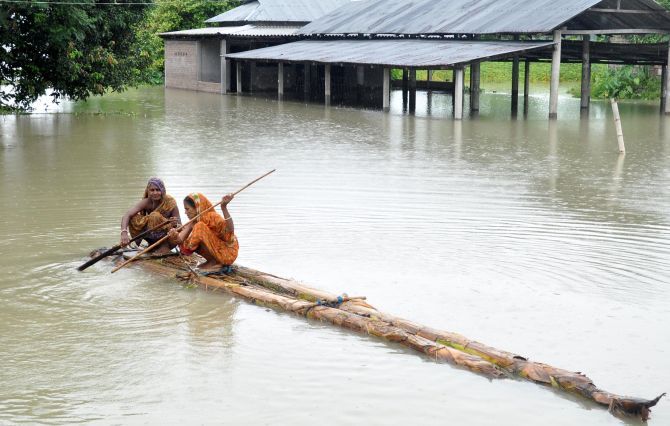 Five hog deer were killed by speeding vehicles at Panbari in KNP area when they were crossing NH-37 from the Park towards highlands of Karbi Anglong district this afternoon, the officials said. 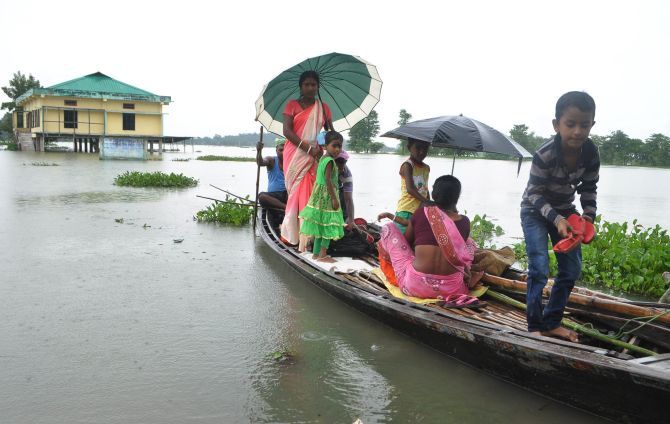 There are 16 animal corridors on the NH-37 through which various types of animals from the Park side cross over to Karbi Anglong hills during floods, they said.

The rising water level of the Brahmaputra on Sunday brought 85 per cent of KNP area under floods, submerging 117 of the 120 forest camps there and snapping road connectivity.

Country boats are the only means of communication for the KNP guards and others, the officials said. 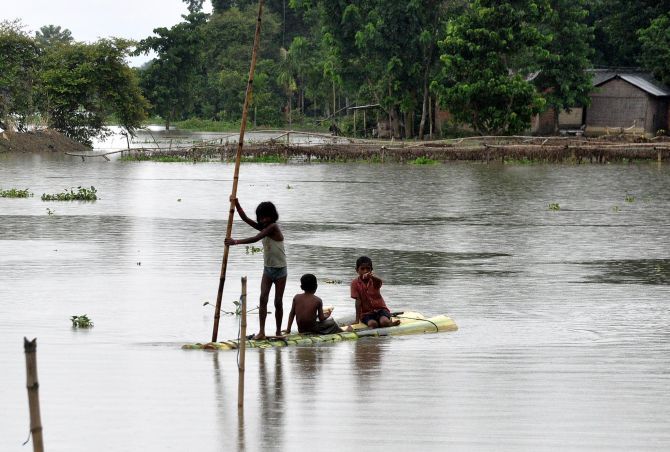 Patrolling by security forces on elephant back in the World Heritage Site has been intensified pressing 14 elephants into service for the purpose of checking poaching, they added.

Meanwhile, the KNP authority has fixed barricades and begun issuing time cards for vehicles plying through the Park to control movement and speed of vehicles. 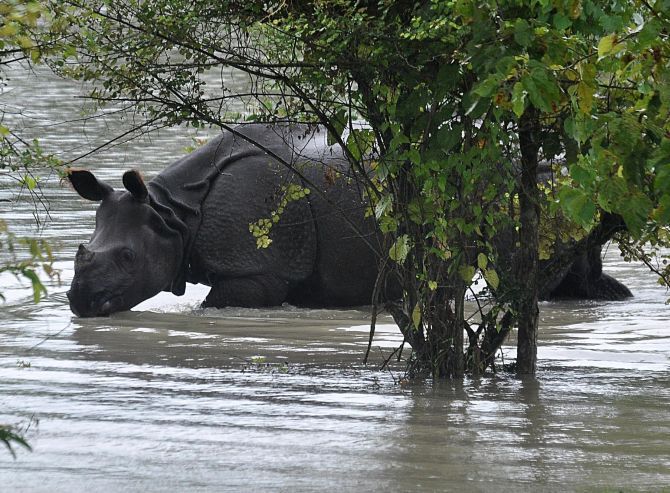 The Park authority said it is ready to tackle the flood situation in KNP's four ranges keeping over a hundred country boats, including machine boats, and food material to do water patrolling in all ranges to prevent poaching. 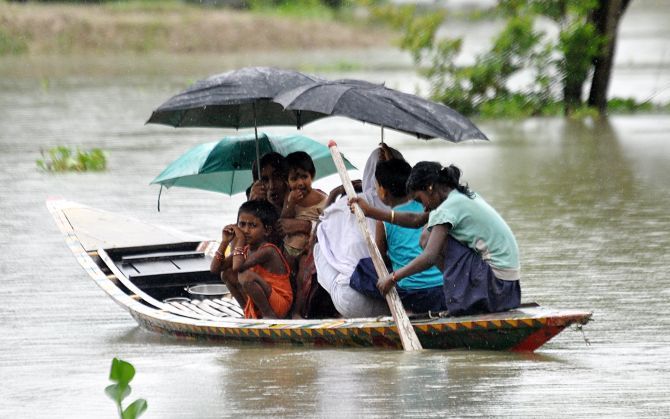 A report from Morigaon said the entire Pobitora Wildlife Sanctuary, the dense habitat of one horned rhinos, was flooded forcing all wild animals including rhinos, wild buffaloes, wild pigs and several species of snakes and birds to go to nearby highlands causing concern among the nature loving organisations. 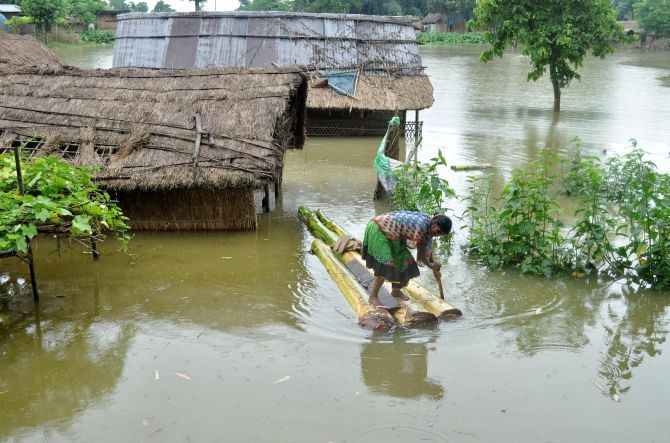 According to officials of Pobitora, the Sanctuary was completely under water and the shortage of green grass and other fodders there has created crisis for the rhinos and other animals. 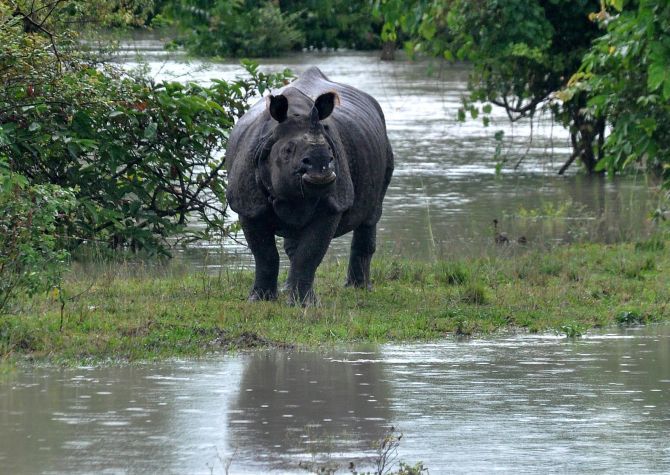 Rhinos are taking shelter in highlands of Pobitora WLS as the Brahmaputra's flood has completely inundated the sanctuary today, the officials said adding, no poaching has been reported so far and the forest are maintaining round the clock vigil to combat poaching inside the Sanctuary. 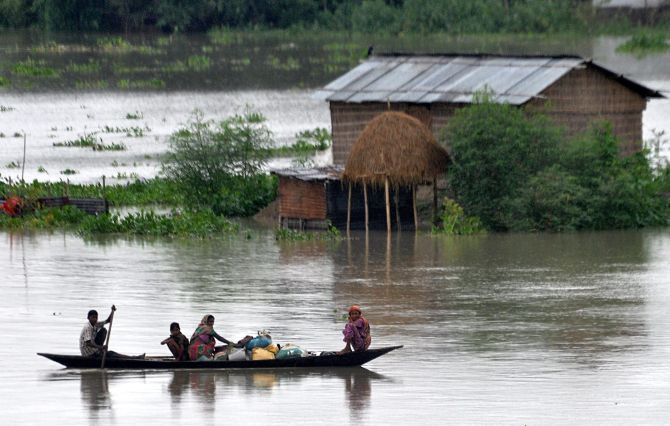 Meanwhile, Assam Governor P B Acharya has expressed concern for the people reeling under floods and surveyed the deluge affected areas by helicopter.