News
Business
Movies
Sports
Cricket
Get Ahead
Money Tips
Shopping
Sign in  |  Create a Rediffmail account
Rediff.com  » News » Assam molestation: 'I was thinking of killing myself'

Assam molestation: 'I was thinking of killing myself'

She would have committed suicide after the barbaric assault on her on the streets of Guwahati on Monday night but for the moral support pouring in for her from all over Assam.

"I was thinking of committing suicide after the video footage of the assault on me was beamed by TV channels and released on public domain, but decided against it after the moral support I received from the people of Assam during last few days," she said in Guwahati on Friday.

"I would not have gone to attend the birthday party of my friend had I known that such an unfortunate incident would befall on me. It happened when I had come out (of the bar) to the street with my friend who saw some youth making video. When resisted those youth pounced upon me as I was about to get into an auto rickshaw," she said.

"They even tried to tear off my clothes while I was crying for help. There were onlookers and the media was busy video-graphing what was unfolding. I was saved only when the police arrived at the spot. What has happened to me should not happen to anyone else. I have been devastated and my life has been spoilt. Those who have committed the crime should be given exemplary punishment," she said.

Additional Chief Secretary Emily Choudhury has been entrusted to conduct an inquiry into the barbaric assault on the woman who had just come out of a bar on G S Road in Guwahati. The inquiry report is to be submitted within 15 days.

Meanwhile, at least seventeen frontline NGOS in Assam on Friday condemned the molestation of the young woman.

In a statement the NGOs said, "What happened on the late evening of 10th of July is an assault not only on a girl but also on the freedom of the individual in a public space. The incident of chasing and sexually abusing the teenager in the full glare of TV cameras in the late evening hours at GS Road, Guwahati, is barbarous and most disturbing. Had it been a stray and isolated incident, this could have been termed as an aberrational human behaviour. But, that is not what it is; rather there is a trend and pattern in it. What is wholly objectionable is the legitimisation of such violence inflicted upon women in the society."

"Following this there has been an increasing disappearance of a safe public space for the citizens. Clearly there has been an alarming increase of such incidents in the recent past. What is unfortunate about these crimes that they are often justified on premises of a severely gendered moral policing and therefore seek to reinforce patriarchal structures," the statement noted.

"Further the constant hype and insensitive projection of such events by the media, particularly the electronic media, has led to a lopsided public opinion about the gendered roles of women, their mobility, dress codes and stereotypical position in society. As if committing the crime is not enough, it has also to be videotaped and telecast and graphically described and published in the news. The objective is not to prevent the recurrence of such incidents but to play with the voyeuristic pleasure of the diseased minds for narrow business interests. Now, where do we go from here? Shall we keep interpreting and reinterpreting this or do something about it? The state and the administration have the most significant role to play," the statement added. 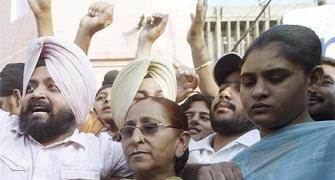 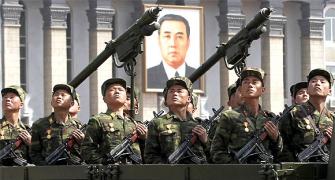