Seek votes in your father's name, not Balasaheb's: Uddhav

The national executive of the Shiv Sena on Saturday passed a resolution authorizing Maharashtra Chief Minister and party chief Uddhav Thackeray to take action against "those who have betrayed the party", but refrained from taking immediate action against rebel leader Eknath Shinde. 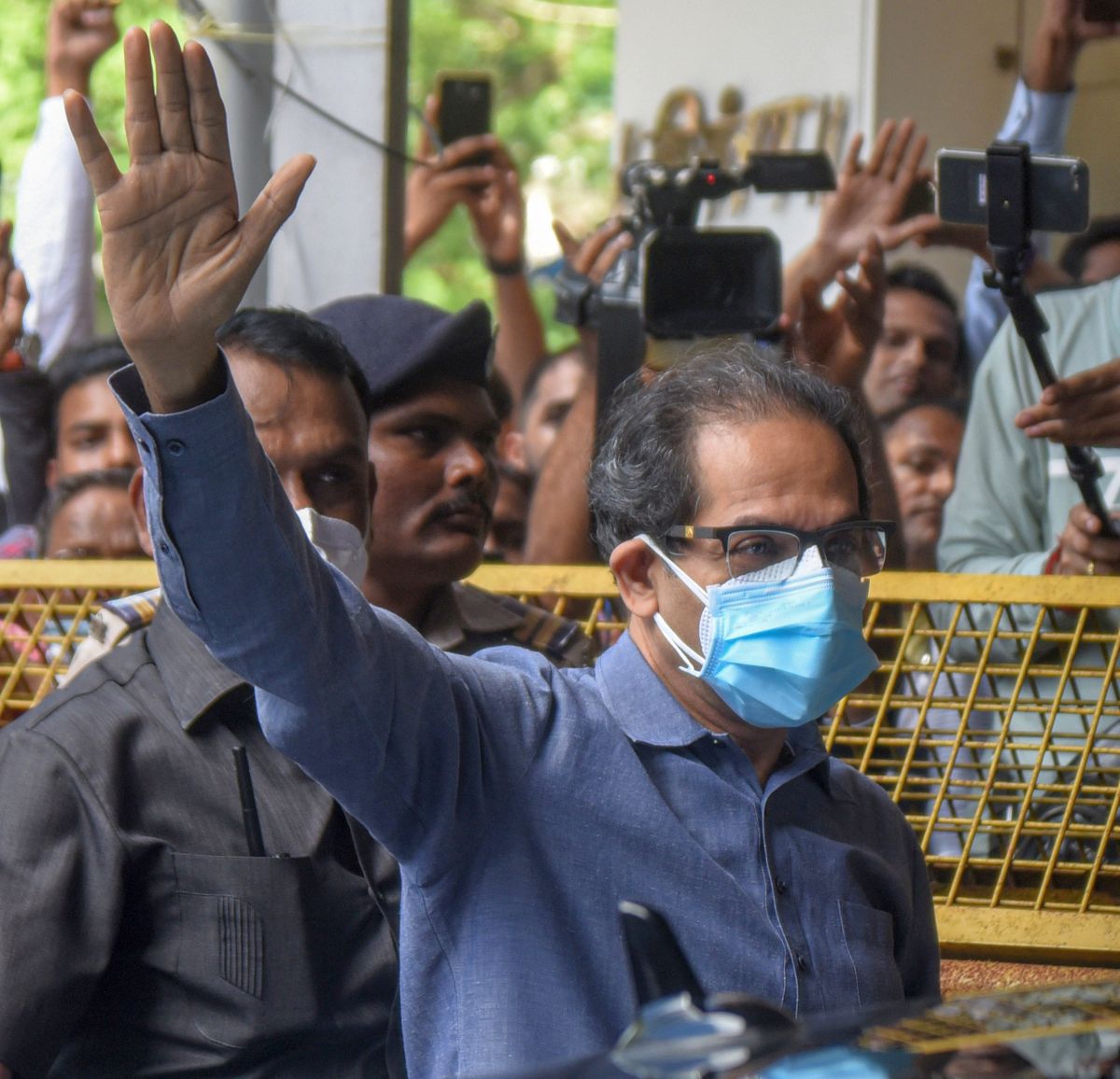 The executive, which met in Mumbai, also passed a resolution that no other political outfit or faction can use the name Shiv Sena and the name of its founder, late Bal Thackeray, even as the Shinde faction, which is camping in Guwahati, said it has named itself as 'Shiv Sena-Balasaheb'.

"The executive decided that Shiv Sena belongs to Bal Thackeray and is committed to taking forward his fierce ideology of Hindutva and Marathi pride. Shiv Sena will never deviate from this path," party MP Sanjay Raut told reporters in Mumbai.

"It passed a resolution, giving all powers to take action against those who have betrayed the party to Shiv Sena president Uddhav Thackeray," he added.

A total of six resolutions were passed at the meeting, including one congratulating chief minister Thackeray for leading Maharashtra efficiently during the COVID-19 pandemic and for the development works carried out in the last two and a half years, Raut said.

The national executive condemned the rebel MLAs and said the party was firmly behind Uddhav Thackeray.

Raut also quoted Thackeray as saying at the meeting that the rebels should not use Bal Thackeray's name to seek votes.

"Balasaheb (Thackeray) and Shiv Sena are two sides of the same coin and except Shiv Sena, no one can use his name," one of the resolutions read.

The executive also resolved that the party will contest all coming local body elections and win.

Notably, Sena veterans Anant Gite and Ramdas Kadam, who are members of the national executive, were absent from the meeting.

Eknath Shinde, whose rebellion has created an existential crisis for the Sena, was another member of the executive who was absent.