Aryan Khan was invited to cruise only to add glamour: Lawyer

Aryan Khan, son of Bollywood actor Shah Rukh Khan, was invited to the Goa-bound cruise ship from where drugs were allegedly seized to 'add glamour', and he had no connection with its organisers, his lawyer told a court in Mumbai on Thursday. 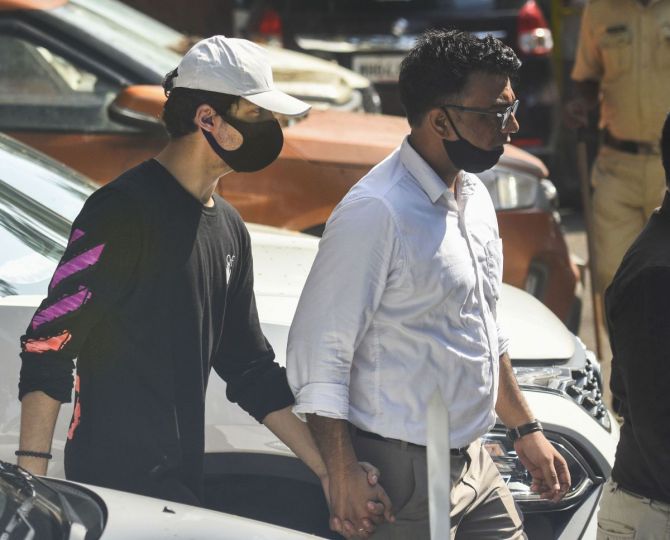 Khan and seven other accused in the case were remanded in 14-day judicial custody by Additional Chief Metropolitan Magistrate R M Nerlikar, who rejected the Narcotics Control Bureau's plea for their further custody for interrogation.

While Aryan, along with Arbaaz Merchant and Munmun Dhamecha, was arrested on Sunday following a raid by the NCB on the ship off the Mumbai coast, Nupur Satija, Ishmeet Chadha, Mohak Jaiswal, Gomit Chopra and Vikrant Chhokar were arrested the following day.

Opposing the NCB's remand extension plea, Aryan Khan's lawyer Satish Maneshinde said his client was not connected with any of the other accused.

Aryan was on cruise as a 'VVIP guest' and 'a person connected with Bollywood wanted to add glamour to the cruise and hence invited him', the lawyer claimed.

He, however, accepted that Aryan knew Arbaaz Merchant.

'He (Merchant) is my friend, I'm not denying that. But mere knowledge of a person is not enough to keep me in custody,' the lawyer said.

As to the NCB's contention that it wanted to confront Khan and other accused with Achit Kumar, who was arrested later, Maneshinde said the agency had accessed Aryan's WhatsApp chat 'where Achit (Kumar) and I have discussed football about a year back', and 'football doesn't contain any drugs'.

He also moved a plea seeking CCTV footage of the check-point from where she was arrested.

The NCB, seeking extension of the remand of Aryan and others, had said it wanted to confront them with Achit Kumar who was arrested on Wednesday and a foreign national arrested subsequently.

Kumar has been remanded to NCB custody till October 9.

The judge, after hearing all the submissions, rejected the NCB's plea and remanded Aryan and seven others in judicial custody.

They will, however, be kept at the NCB office till Friday as jails do not admit new prisoners without a negative COVID-19 test report.

Aryan and other accused have filed bail pleas which will be heard on Friday. 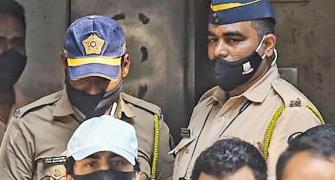 'This is Gauri Khan's saddest birthday' 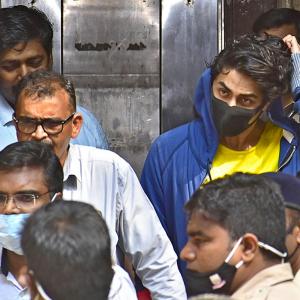 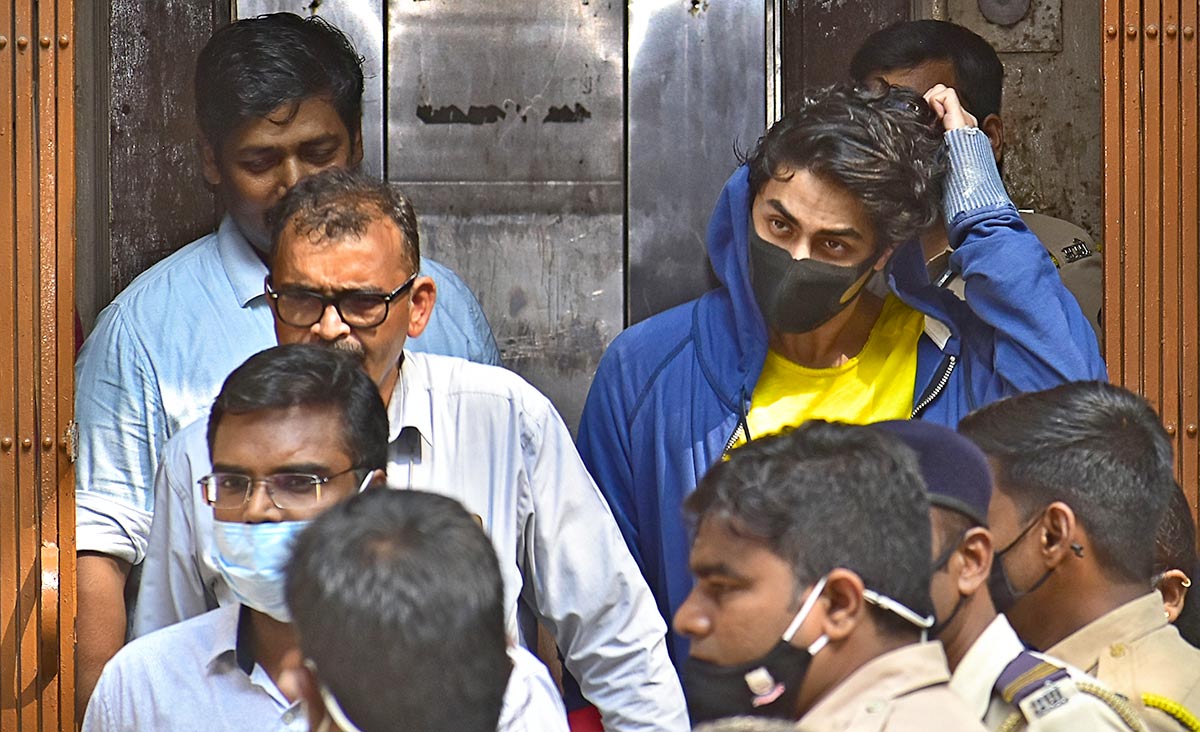