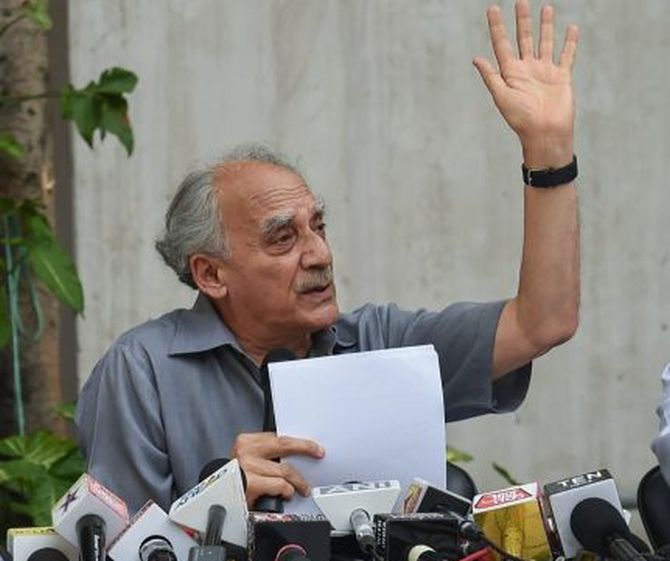 Former Union minister Arun Shourie sustained a brain injury after he fainted and fell near his home in Lavasa and was admitted to a private hospital in Pune in Maharashtra, a doctor said on Monday.

Shourie, 78, fell near his bungalow in Lavasa, a hill city some 60 kilometres from Pune, while out on a walk on Sunday night, leaving him bleeding and unconscious, he said.

"As it was a free fall, he received an injury on the back of his head. He was initially rushed to a hospital in Hinjewadi (on Pune's outskirts) and later shifted to Ruby Hall Clinic late Sunday night," said the hospital's neurosurgeon, Dr Sachin Gandhi, who is treating the former Bharatiya Janata Party leader.

"Due to the fall, there is an internal injury and swelling in the brain and he is currently in the ICU. He is, however, completely stable, responding (to treatment) and
taking food.

"As of now there is no abnormality due to the injury," Dr Gandhi added.

He said, in medical terms, Shourie's condition is called 'cerebral concussion with brain hemorrhage' and it happened due to the injury caused by the free fall after he fainted.

"In CT (computed tomography) and MRI (magnetic resonance imaging) scans, the bleeding and swelling inside his head is visible but he is improving," he said.

The journalist-turned-politician's family members are with him at the hospital.

Shourie, a former BJP Rajya Sabha member, was Union minister for communications, information technology and disinvestment in the Atal Bihari Vajpayee-led government during 1999-2004.

A prolific writer and Ramon Magsaysay Award winner, he also served as an economist with the World Bank during 1967-1978.

Shourie, who is based in New Delhi, held the post of editor of The Indian Express during his decades-long career in journalism. 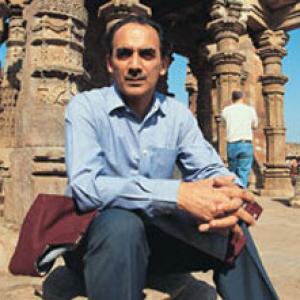