The Delhi police on Wednesday said Mohammad Ashraf alias Ali Ahmed Noorie, a Pakistani terrorist with ISI links who was living in India for over 10 years under a fake identity, had conducted a reconnaissance of the high court here ahead of the 2011 blast on the court premises. 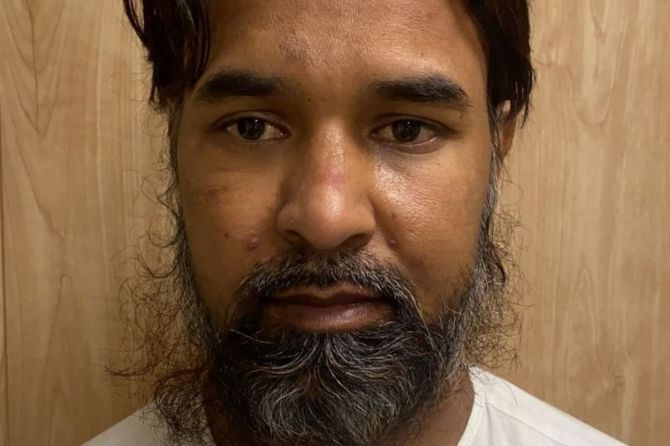 He had also conducted a reconnaissance of the India Gate, the Kashmere Gate ISBT, the Red Fort and the old Delhi police headquarters at ITO, they said.

A senior police officer said Ashraf's interrogation has revealed that ahead of the Delhi high court blast, he had conducted a reconnaissance of the court premises on the instructions of Gulam Sarvar, one of the suspects involved in the blast.

Besides the high court, the accused had also conducted a reconnaissance of over eight places in the national capital, the police said.

When he was showed a photograph Sarvar, Ashraf recognised him and said he was asked by Sarvar to conduct a reconnaissance of crowded areas across the national capital, an officer said.

Sarvar is still at large and since the blast case is being probed by the National Investigation Agency, the agency also questioned Ashraf on Tuesday.

The police are yet to ascertain if Ashraf was involved in the high court blast since they have not found any concrete evidence against him.

Ashraf was asked to check the security arrangements at the old Delhi police headquarters at ITO and pass on the information to his associates and handlers in Pakistan.

Weapons seized from Ashraf's hideouts were smuggled from across the border. He has given some names to the police who are conducting raids.

Ashraf used to communicate with his handlers by draft mail. The handlers used to read or give messages and later delete the drafts, the police said.

During interrogation, Ashraf told the police that Sarvar was with him at the time of the 2009 Jammu bus bombing. But his claim is subject to verification as no concrete evidence has been found ascertaining his involvement in the incident.

Ashraf claimed that he has been associated with an Islamic organisation for nearly 10 years and has attended several congregations across India and as well as in other countries. On behalf of the organisation, he attended large congregations in Chennai, Madhya Pradesh, Uttar Pradesh, Nepal and Thailand and delivered lectures, he told the police.

On Monday night, Ashraf (40), a resident of Naroval in Pakistan's Punjab province, was arrested from east Delhi's Laxmi Nagar. He is suspected to be involved in terror strikes in Jammu and Kashmir and other parts of India in the past.

The police said a preliminary interrogation revealed that Ashraf was acting as the head of a sleeper cell in India and was assigned to carry out terror strikes during the festival season at the behest of Pakistan's ISI.

Police seized an AK-47 rifle, a hand grenade, two magazines of AK-47 along with 60 rounds, two sophisticated China-made pistols along with 50 rounds, an Indian passport and other Indian IDs obtained on forged documents from his possession.

Ashraf came to India via Bangladesh and was staying in the country for over a decade as Ali Ahmed Noorie.

The police said with the arrest of Ashraf, a possible terror strike during the festival season has been averted.

Ashraf was recruited by the Pakistani spy agency, ISI, directly after he completed his Class 10 and was trained for six months.

In 2004, he got his training from an ISI handler code-named 'Nasir' in Pakistan's Sialkot. After the completion of his training, Ashraf managed to enter India through the border in West Bengal's Siliguri in 2004.

He was supposed to get information from Nasir about the planned terror attack. He changed five-six locations over the last 10 years.

He never stayed at any specific location for long and to acquire documents, he also got married to a woman in Vaishali, Ghaziabad for a couple of months. He lived at various places in India, including Delhi, Ajmer, Ghaziabad, Jammu and Udhampur. 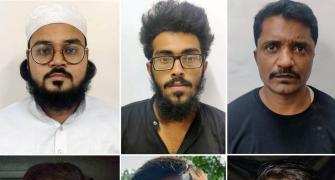 Cops on lookout for uncle of Pak-trained terrorist 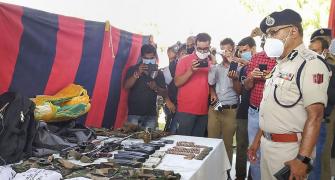 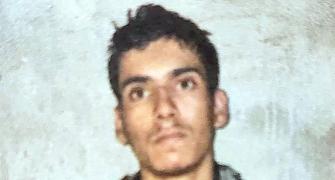 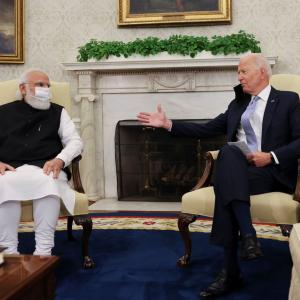 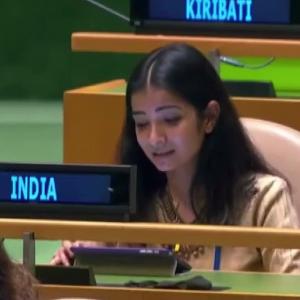