"If we aspire to become a strong nation and have the flexibility to choose our own courses of action to deal with internal and external challenges, we need to become self-reliant in critical national security requirements and technologies," Verma said. He was inaugurating the Confederation of Indian Industry-sponsored NAVARMS, a two-day seminar on naval armament technologies in New Delhi.

Verma said India had met most of its security requirements over the last six decades as a "net importer" of military hardware. "Considering existing and anticipated orders for aircraft, ships and submarines, our imports may continue well into the foreseeable future, unless concrete steps are taken to arrest this trend. A significant component of the requirement is for upgradation of our existing fleet and inventory of armament and armament stores," he said.

Though its growing economy was "a great national asset" that made the world take notice of India's potential to contribute at the global level, he said the difference between economic progress and strategic self-sufficiency has to be recognised.

The Navy chief said India, having come this impressive distance over the last two decades in developing engineering, technological and industrial strengths, was ready to embark on more ambitious ventures in pursuit of self-reliance and indigenisation. "The field of developing armament and armament systems lends itself to this effort. Developing critical technologies and capabilities is vital to enhancing the nation's strategic flexibility, and developing indigenous armament systems will not only give our armed forces a competitive edge, but also strengthen the nation economically and industrially," he added.

Noting that India was gradually opening the defence industry to private players, Verma said the country should endeavour to make armament production vastly more indigenous and called for increasing ordnance factories' and defence public sector units' procurement of assemblies and sub-assemblies from private sector from the current Rs 3,100 crore.

He said the Navy followed a three-pronged action plan to enhance self-reliance in naval armament -- joint design and development with Defence Research and Development Organisation, transfer of technology to ordnance factories and defence public sector undertakings from foreign manufacturers, and supporting private industry in their research and development efforts and from purchases.
Source: PTI© Copyright 2021 PTI. All rights reserved. Republication or redistribution of PTI content, including by framing or similar means, is expressly prohibited without the prior written consent.
Related News: Verma, Navy, India, NAVARMS, Defence Research and Development Organisation
SHARE THIS STORY
Print this article
'Navy is not headmaster of Indian Ocean region' 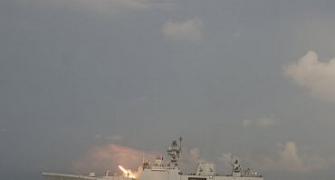 Why is China flexing its naval muscle? 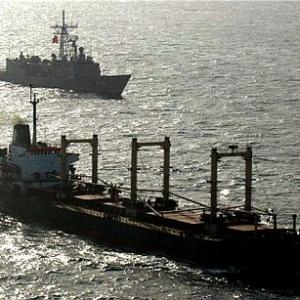 A new power equation is arising in Indian Ocean