Little known in cine circles till the other day, arrested West Bengal minister Partha Chatterjee's aide Arpita Mukherjee is in the limelight for the wrong reasons after the purported seizure of a huge amount of cash from her flat and arrest in connection with school job scam in West Bengal. 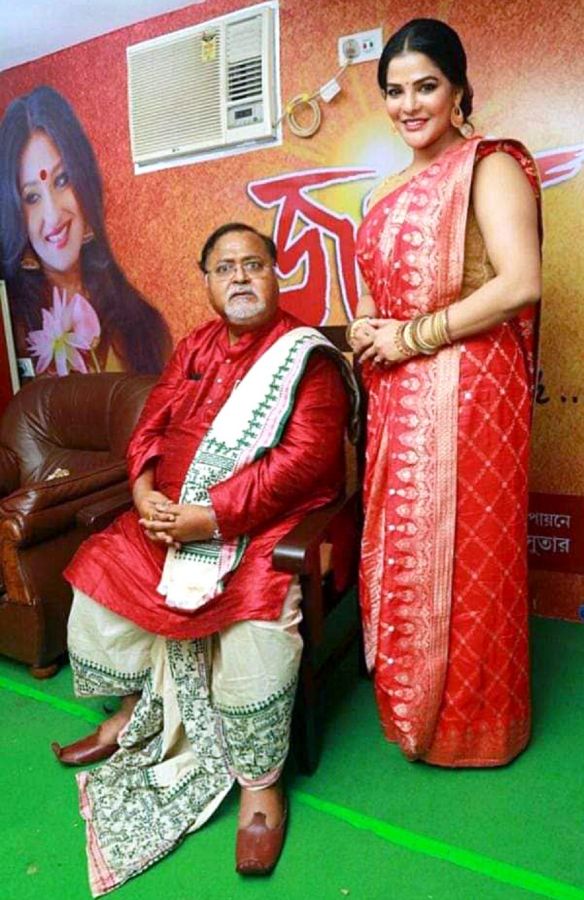 Since the purported seizure on Friday night, social media has gone abuzz with gossip about her alleged relationship with the senior Trinamool Congress leader.

Mukherjee, who was active in Bengali and Odia film industries between 2008 and 2014, also did modelling.

But despite limited success in the entertainment industry, Mukherjee owns a luxury apartment in Joka area of south Kolkata.

She regularly frequented hookah bars in the city and also visited places such as Bangkok and Singapore, Enforcement Directorate sources said.

She hailed from a middle-class family in Belghoria in northern suburbs of the city and was into modelling since college days.

After her father's death, she was married to a businessman from Jhargram but not much is known about the marriage as she returned to Kolkata, industry sources said.

Mukherjee has acted in six Odia films including Bande Utkala Janani, directed by Suvendu Swain, and Ashok Pati's Prem Rogi, both of which were box office hits.

She also acted in Kemiti a Bandhana (2011) co-starred by Chandrachur Singh and Mu Kana Ete Kharap (2010) opposite Anubhav Mohanty. Her last Odia film was Raju Awara in 2012.

Mukherjee had small roles in Bengali films such as Bhoot in Roseville, Jeena the endless love, Bidehir Khonje Rabindrahath, Mama Bhagne and Partner, but was not seen in movies since 2014.

Bharatiya Janata Party leader and filmmaker Sanghamitra Choudhury said she had cast Mukherjee in three movies before 2013, when she joined the saffron party.

"She was a young, beautiful and talented actor from a humble background. I always tried to cast newcomers. We lost track after I joined BJP in 2013," Choudhury told PTI.

Choudhury said she later realised that "Mukherjee was overambitious".

On the purported recovery of a large amount of money from Mukherjee's apartment, Choudhury said, "I was totally taken aback to find her in such a mess. She might end up in jail. I feel sorry for her."

Mukherjee was the brand ambassador of 2020 Durga Puja of Chatterjee's Naktala Udayan Sangha. Purported photos and videos that have gone viral on social media show Mukherjee sharing the stage with Chatterjee and even Chief Minister Mamata Banerjee.

However, PTI could not independently verify the authenticity of the photos and videos.

While being taken to the court on Sunday, Mukherjee, however, told reporters that she does not have an association with any political party.

She was arrested on Saturday and produced before a court, which remanded her to one-day ED custody.