Two motorcycle-borne persons allegedly attacked journalist Arnab Goswami's car in Mumbai and tried to break its glass window while he and his wife were on their way home in the early hours of Thursday, police said. 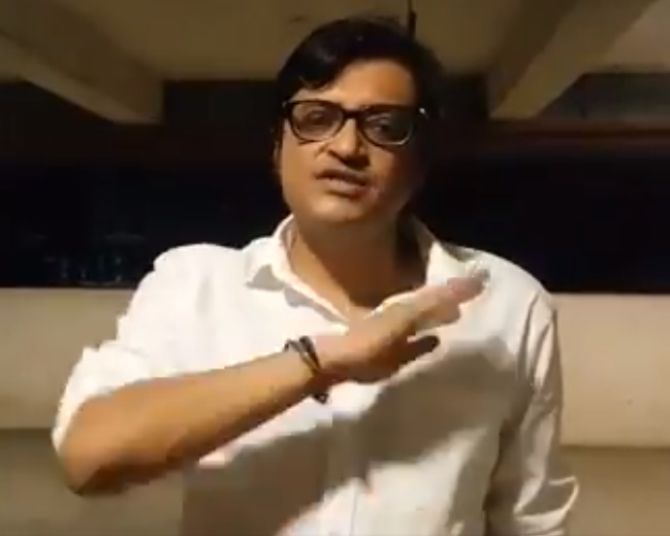 The incident took place on Ganpatrao Kadam Marg, while Goswami was returning from a studio located in Bombay Dyeing Complex in Lower Parel area, a police official said.

The attackers overtook Goswami's car, stopped it and one of them allegedly tried to break the vehicle's glass window by repeatedly hitting it with his hands, the official said.

The attackers were carrying a bottle of ink which they threw on his car, the official said. Goswami's security guards, who were behind in another car, caught hold of the two persons and handed them over to the N M Joshi Marg Police, he added. Both the attackers have been arrested, he added. 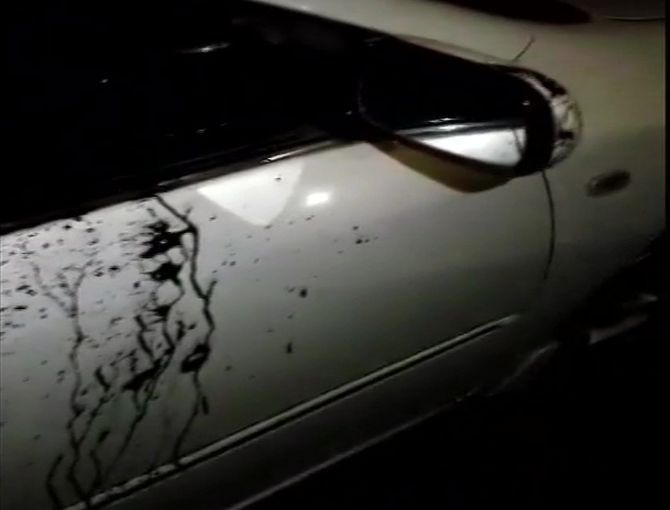 In a video posted after the alleged attack, Goswami said he was told by his security guards that the attackers were allegedly Youth Congress workers. However, there was no confirmation of the same by either police or the youth outfit.

Goswami has faced flak over his remarks aimed at Sonia Gandhi during a discussion on the Palghar lynching incident in which three persons, including two sadhus, were lynched.

In Delhi, Bharatiya Janata Party leaders, including party president J P Nadda, condemned the alleged attack on Goswami and targeted the Congress over the incident.

"Shocking to see Arnab Goswami attacked after Congress CMs publicly threatened him. Sad to see such public hounding of a journalist for his freedom of speech. Congress shows it is the party that brought Emergency and continues its rich tradition of trampling free speech," Nadda tweeted.

Law Minister and BJP leader Ravi Shankar Prasad sought action against those involved in the incident.

"Deeply condemn the violent physical attack on senior journalist #ArnabGoswami and his wife. State Police must take lawful action against the attackers, " he tweeted.

Another senior BJP leader and Information and Broadcasting Minister Prakash Javadekar also condemned the incident. "Every attack on any journalist is condemnable as this is against democracy," he said and sought action against the accused as per law. 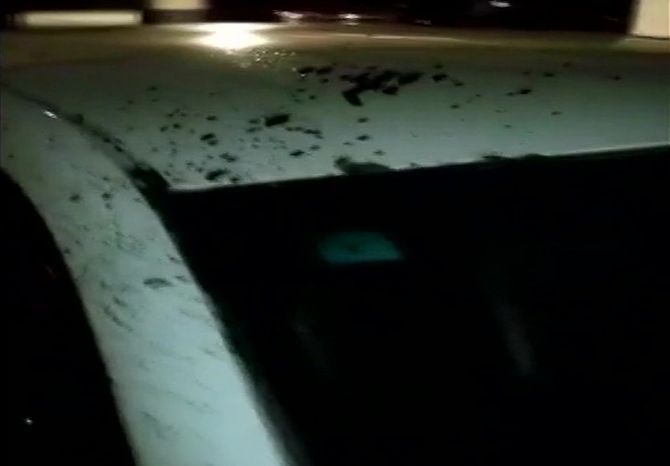 Objecting to Goswami's remarks on Sonia Gandhi, the Congress asked the information and broadcasting ministry to take action against the journalist and his TV channel, alleging that they violated broadcasting rules during a show.

In a letter to Javadekar, Mahila Congress chief Sushmita Dev claimed that the content of a show broadcast on Republic Bharat on Tuesday with Goswami as the anchor was "vile, misleading and
hateful in nature".

"The broadcast in its entirety is a violation of the Programme Code prescribed under the Cable Television Network Rules, 1994," Dev alleged in her letter dated April 22.

Delhi Congress president Anil Chaudhary on Thursday lodged a complaint with the police for registration of an FIR against Goswami.

Nagpur police on Wednesday night registered an FIR against Goswami after a complaint filed by Maharashtra Power Minister Nitin Raut.

The charges include giving provocation with intent to cause riot, promoting enmity between two groups on grounds of religion or race, deliberate and malicious acts intended to outrage religious feelings of any class by insulting its religion or religious beliefs and defamation under relevant sections of the Indian Penal Code, police said.

Meanwhile, the Old Students' Association of the Hindu College in Delhi condemned the alleged attack on college alumnus Goswami and termed it a "direct assault on the freedom of press'.

"An attack on editors is an effort to intimidate the press, freedom of expression and the media. A vibrant democracy must ensure press freedom and not stifle it," it said in a statement.