'Arnab Goswami is the Ekta Kapoor of TV news' 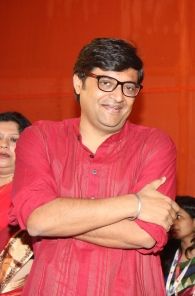 For Arnab Goswami, the television studio is a stage and he plays his part to the hilt, with a finger on the pulse of the English-speaking audience, says Veenu Sandhu

On Thursday night, minutes after Parliament approved the formation of Telangana, Lagadapati Rajagopal, the Member of Parliament who had used pepper spray in the Lok Sabha the previous week in protest, was on NDTV 24x7.

The anchor addressed him as “Mr Rajagopal” throughout a civil discussion on the volatile subject. In the next hour, Rajagopal was on Times Now, where the anchor, the fiery Arnab Goswami, kept calling him “Pepper Spray MP” and “Mr Pepper Spray Politician”.

Rajagopal was on Goswami’s show also on the day he had used the pepper spray in the House, failing miserably to get a word in while Goswami called him a disgrace, a shame and demanded an apology on behalf of the nation on his 9 pm show, The Newshour.

So, it was a surprise to see Rajagopal back on Goswami’s show a second time.

Soon after the show ended at 11 pm, Rajagopal said, “It is his show. That is his style,”

“I am just happy that he accepts my calls and my reasoning. He doesn’t have to accept me as a person,” said the former MP.

This might defy logic. But then that’s the power of Goswami, the just-in-his-40s editor-in-chief of Times Now, and his brand of ‘pop journalism’.

Barring a few personalities who have decided never ever to appear on what is often termed as ‘Arnab’s Reality Show’, most others are willing participants in his 9 pm slugfests where practically every panellist tries to outshout the other, nobody gets to hear what they are saying and the hour-long discussion ends with really no takeaway for the viewer.

Night after night, the usual suspects like Congress spokesperson Sanjay Jha and Bharatiya Janata Party’s Meenakshi Lekhi are sitting ducks for Goswami to take potshots at.

Such is the brand he has created of himself -- mocked by most, despised by some but followed by all -- that when Congress Vice-President Rahul Gandhi finally decided to give his first ever one-on-one television interview, he chose Goswami.

A former colleague of his at Times Now describes Goswami as “the Ekta Kapoor of English news TV because he knows the popular sentiment and milks it.”

Adds Sumit Sinha, managing partner, Alchemist Brand Consulting: “I don’t know whether people take him seriously or look at the act he puts on every night as comedy, but he has change the paradigm of how TV news is consumed.”

There is ample proof that he is watched, even if for his histrionics. Last year on Kaun Banega Crorepati, one of the questions that Amitabh Bachchan asked was, “With which TV anchor would you most associate the phrase ‘The nation wants to know’?”

Not long ago, online shopping portal Flipkart came out with an advertisement with children enacting Goswami’s Newshour. Go to YouTube and there are dozens of spoofs all centred on Goswami.

It would be tempting to assume that to be on Goswami’s show would be an advertiser’s dream.

“No doubt Times Now commands 50 per cent of the advertising of all English news channels during the one or one-and-a-half hours when Arnab’s show is on,” says Anwesh Bose, senior vice-president, DDB MudraMax.

So a long-term advertising deal with Times Now isn’t really beneficial, he says.

“I advise my clients that at such a premium, you can advertise in all other English news channels put together. Besides, Arnab being Arnab will take a break as and when he wants to, so there are a lot of missed spots, which means that advertisements often get dropped.”

To a request for an interview, Goswami responded, “I am generally low profile outside of the channel and have largely avoided interviews and interactions.”

An army officer’s son from Assam, he was never quite the star that he is today. His former colleagues at NDTV, where he spent about a decade, don’t recall any outstanding quality.

“He was the backbone of the political desk. But that’s about it. He was a normal, nice guy and now you hear these mythical things about him,” says a senior NDTV journalist who has worked closely with him for several years.

Someone who has known him from his days at The Telegraph in Kolkata remembers him as a meek, shy person. “It’s a different man I see on screen,” she says.

Both former and current colleagues would rather not be named in an article on him. One former colleague who worked with Times Now in Mumbai for nearly two years says that whenever Goswami saw that something on NDTV or CNN IBN wasn’t showing on his channel, “he would emerge from his office roaring, ‘You people are trying to ruin my channel’. And his voice would travel down the long corridor and past the offices of Zoom and ET Now.”

He’s a man who never sleeps, a colleague says. “He’s like an invisible presence constantly in our lives.”

Goswami is also known not to take resignations kindly. A young journalist who had just quit approached his cabin in great terror to say goodbye and nearly collapsed with relief when Goswami looked up and smiled at him.

“He told me, ‘Wherever you go, remember your stint at Times Now because this channel is changing the face of India and you, by being part of it, have played a role in India’s history,” he recalls.

“He really does believe that sitting alone in Mumbai (all other major English news channels are based in Delhi) he is the lone anchor-journalist looking at the interest of India.”

Hartosh Singh Bal, the political editor of Caravan magazine who is a frequent panellist on Goswami’s shows, says this might be one reason that politicians who are the anchor’s favourite target keep returning to his show.

“He perhaps carries more credibility and impact, despite the drama he puts on, because he is not a part of the power game or Delhi’s cocktail circuit,” says Bal.

A former Times Now journalist who was part of the channel’s start-up team says he would charge everybody up in such a way that “we all felt we were going to war, but who we were waging the war against we didn’t know”.

Initially everybody thought Times Now was going to be a business channel. NDTV was then the only English news channel.

“Then one day, he said, ‘I have a surprise for you. Do you know who our competition is?’ And he dramatically wrote on the board ‘NDTV’,” says the journalist.

But a month before Goswami was to launch Times Now, Rajdeep Sardesai, his former colleague and competitor from NDTV, launched CNN IBN.

“Sardesai was a known brand and he’d taken 30 per cent of NDTV’s staff with him. We all were in shock, but Goswami overcame it fast and said, ‘We will be different. We will pick one news and make it the news of the day’,” she adds.

He wanted shaky visuals, reporters running after politicians with mikes and even entertainment done as breaking news with live chats in the middle of the night on even subjects like Kareena Kapoor dating Saif Ali Khan. Nothing seemed to work.

So, he decided that in the morning people don’t watch news, so “let’s do business stories” -- markets. Five hours were set aside for that. The plan bombed.

Then he decided that on weekends, people don’t watch news, so let’s do special packages. This became a roaring success but then Times Now became a channel only to be watched on weekends, and thus, a “light-weight” channel, says a former colleague.

The 26/11 Mumbai terrorist attack in 2008 proved to be the turning point. Goswami set a record by hosting news of the attack for over 65 hours. People sat up and took notice of him.

“His tone, of a vigilante, struck a chord with the nation shocked by the audacity and horror of the attack. And that’s the tone he has maintained ever since, for discussion on every subject,” says a colleague. “He does not overrate the audience’s intelligence.”

But how sustainable is this brand of journalism? What happens when people tire of it? Will Times Now then survive, given that Times Now is Arnab Goswami?

“As long as he is consistent, he will have an audience,” says Sinha of Alchemist.

“It’s like a predictable brand of which you know what to expect and that’s comforting.”

“There is the law of diminishing utility. People will tire of him because this cannot be sustained on a long term,” says media planner Bose.

“When that happens, both Arnab and Times Now will be in trouble.”

As always, when it comes to Goswami, opinion is divided. 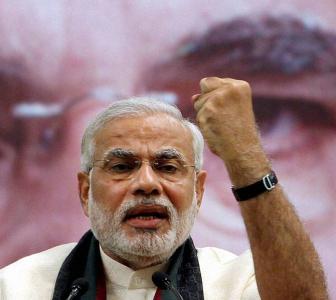 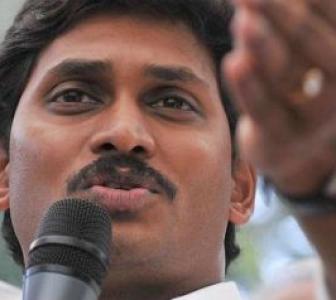 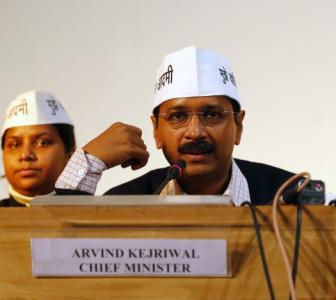 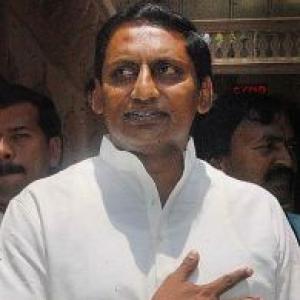 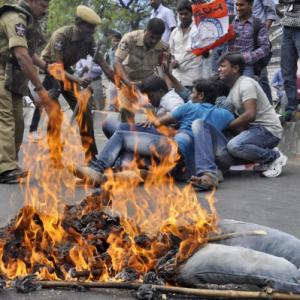 Congress may not make substantial gains in Telangana