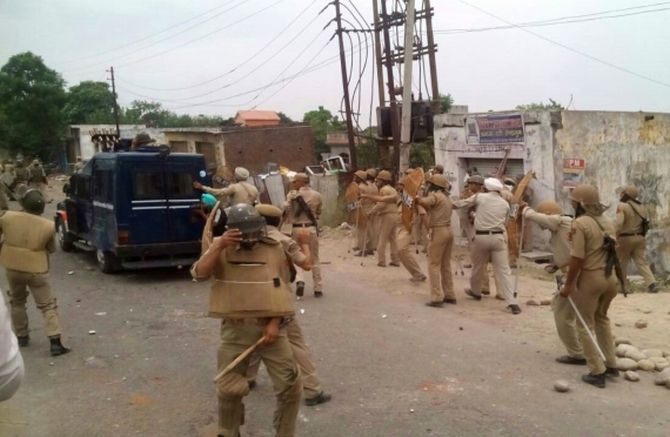 The Army on Thursday evening staged a flag march in the Satwari area of Jammu city after a Sikh youth was killed in police firing, while two others were wounded in daylong clashes between protestors and security forces.

Authorities imposed an indefinite curfew in areas falling under Satwari police station in Jammu city following the clashes that erupted after some posters with pictures of the slain Sikh militant leader Jarnail Singh Bhindrawale were removed by the police.

As the news about the removal of the posters spread, scores of Sikh protestors took to streets and later indulged in stone pelting.

Three policemen were injured in the violence, according to a senior police officer.

Sub-inspector Arun Kumar was critically wounded after he was attacked with a sharp edged weapon by some sikh youth, police said, adding he has received several stitches and is admitted in GMC hospital with two other policemen. 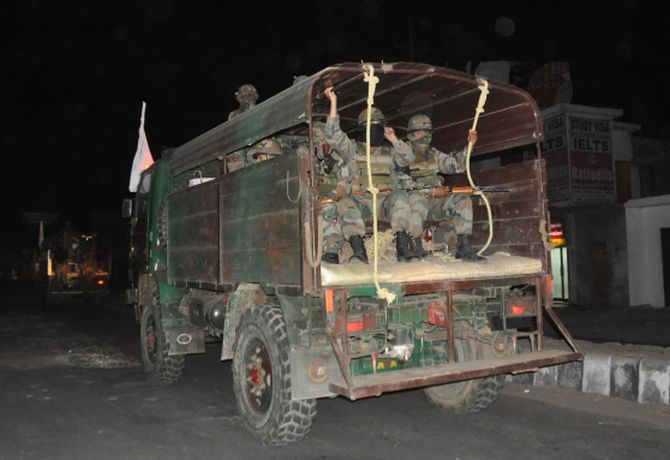 Trouble started when hundreds of sikh youth, armed with sticks and 'kirpans', converged on Ranibagh-Gandhigarh belt on Satwari-R S Pura road and blocked traffic in protest against the removal of Bhindranwale's posters put up by an organisation of the community ahead of his death anniversary on June 6, the officials said.

Heavy contingent of police rushed to the spot and asked them remove blockade from the road and allow the traffic but sikh youth pelted stones at police, triggering clashes.

The situation was tense and some people are trying to disturb the situation in Jammu, police said.

A Sikh protestor identified as Jagjit Singh was killed and two others were wounded in the violence.

A defence spokesman said that army carried out flag march on the R S Pura, Satwari road after being requisitioned by the local administration due to the prevailing internal security situation.  “The district administration had requisitioned the army to instill confidence in the people,” he added.

Jammu and Kashmir chief minister, Mufti Mohammad Sayeed has expressed deep sorrow and anguish over the loss of a precious human life during protests by the members of the Sikh community' in Jammu. Mufti, according to an official statement said that while ‘it is the responsibility of the police to maintain law and order, but at the same time standard operating procedure should be strictly adhered to avoid such tragedies during public protests’.

Sayeed appealed to all sections of the society to maintain calm and avoid indulging in any provocative actions, aimed at disturbing peace and tranquility in the region.

He asked the general public to remain vigilant and defeat the designs of people trying to fuel violence and communal tension and added that the government would take all possible measures to ensure that peace is maintained in Jammu region.