An Army personnel was killed in Pakistani army firing along the Line of Control in Jammu and Kashmir's Rajouri district on Friday, prompting strong retaliation from the Indian side, officials said. 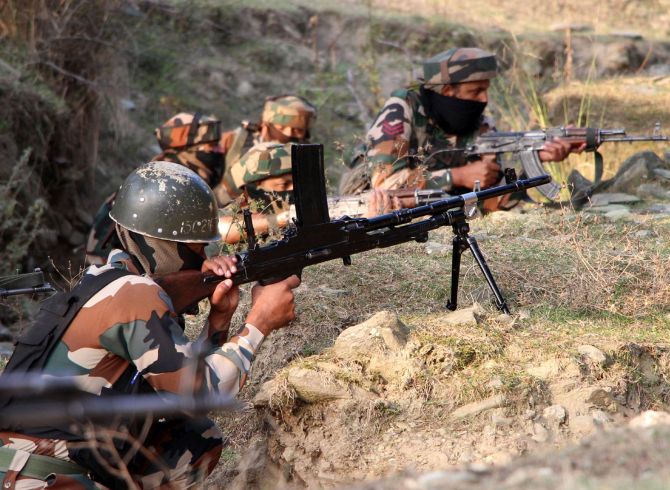 The killing of Naik Rajib Thapa, 34, raised the death toll in the cross-border firing in the past week to four -- three soldiers and one civilian.

He said Thapa was a brave, highly motivated and sincere soldier.

"The nation will always remain indebted to him for the supreme sacrifice and devotion to duty," Lt Col Anand said.

Thapa was a resident of Mechpara village in Jalpaiguri district of West Bengal. He is survived by wife Khusbu Mangar Thapa, the spokesman said.

He said the Indian Army responded strongly and effectively to the ceasefire violation by Pakistan.

Heavy damage to Pakistani army posts and casualties to Pakistani soldiers have been inflicted in the retaliatory action, he added.

Earlier, officials said the soldier was manning a forward post in Kalsia village of Nowshera sector when it came under unprovoked firing from across the border in the early hours.

The soldier was critically injured and was immediately evacuated to a military hospital where he succumbed to injuries, they said.

Thapa's death was the fourth casualty on the Indian side in Pakistan mortar shelling and small arms firing in the twin districts of Rajouri and Poonch since August 17.

On August 15, Pakistan had said its four personnel were killed in the Indian firing along the LoC.

Amid escalated tension following the frequent border skirmishes, a top army commander Friday visited forward bases in Poonch and Akhnoor sectors along the LoC and expressed satisfaction on measures adopted to strengthen the counter infiltration posture with increased alertness.

He exhorted all ranks on the need to remain vigilant to counter the nefarious designs of the adversary. 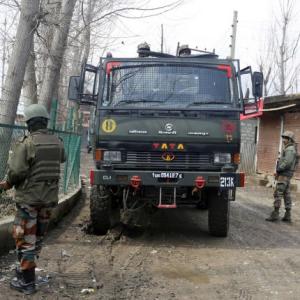