Army officer killed in IED blast along LoC in J-K

An Army officer was killed and a soldier suffered injuries in an improvised explosive device explosion along the Line of Control in Rajouri district of Jammu and Kashmir on Saturday, officials said. 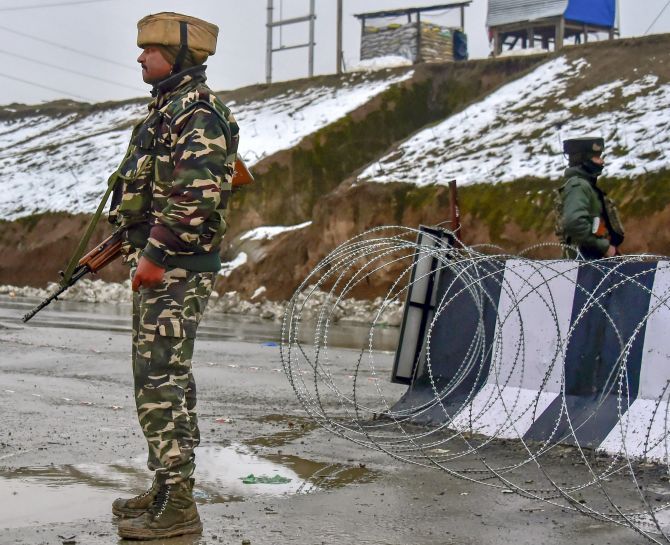 The IED was apparently planted by "enemy forces within Indian territory" in Naushera sector and set off when an Army officer, along with his men, was patrolling the area, they said.

The blast killed the officer and injured a soldier who was evacuated to hospital, the officials said.

The IED blast came two days after 40 CRPF personnel were killed when a Jaish-e-Mohammad terrorist rammed an explosive-laden SUV into a bus carrying them in Pulwama district in south Kashmir.

This was the second IED attack along the LoC in the same sector since January.

On January 11, two Army personnel, including a major, were killed in Naushera sector of Rajouri.

Source: PTI© Copyright 2021 PTI. All rights reserved. Republication or redistribution of PTI content, including by framing or similar means, is expressly prohibited without the prior written consent.
Related News: IED, Army, J-K, SUV, Line of Control
SHARE THIS STORY
Print this article