Three heavily-armed militants were killed in a gunbattle in the Kupwara district on Wednesday as the army foiled the third major infiltration bid in less than a fortnight along the Line of Control in north Kashmir, a senior official said.

Troop guarding the LoC noticed a group of militants trying to sneak into the valley under the cover of darkness in the Machil sector late last night, the official said.

He said the troops fired at the heavily-armed militants who tried to escape taking advantage of the thick forest cover.

Three heavily-armed militants were killed in the operation, the official said adding that their bodies along with a large haul of arms and ammunition was recovered from the scene of the encounter.

A search operation was still on, he said.

This is the third infiltration attempt that has been foiled by the army in north Kashmir over the past fortnight.

On May 26, the Army had killed two Pakistani Border Action Team members who tried to infiltrate into the Uri sector to carry out an attack on Indian soldiers.

Six more militants were killed in the same sector next day when they attempted to sneak in from across the LoC.

Source: PTI© Copyright 2021 PTI. All rights reserved. Republication or redistribution of PTI content, including by framing or similar means, is expressly prohibited without the prior written consent.
Related News: north Kashmir, Army, Line of Control, Machil, Kupwara
SHARE THIS STORY
Print this article 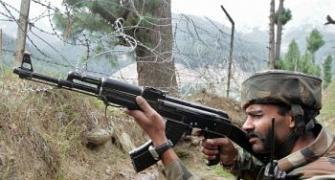 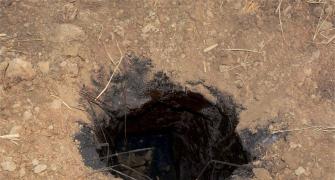 India to Pak: Will deal sternly with infiltration, ceasefire violations