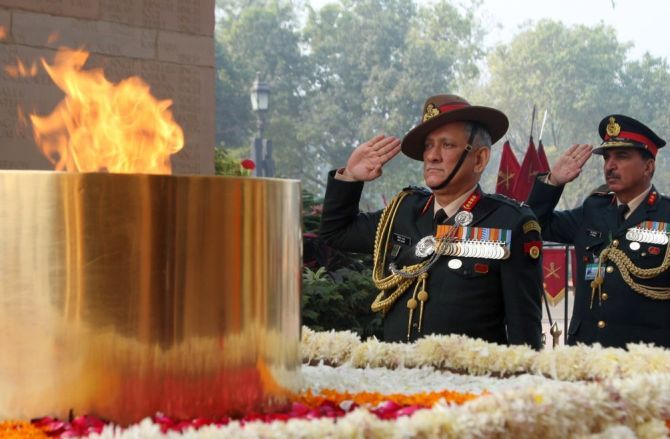 Army Chief General Bipin Rawat is among 19 senior army officials who have been conferred the Param Vishisht Seva Medal, the highest military medal awarded in recognition of peace-time services not relating to gallantry.

Almost all commanders who became Army chief in the past four decades had been decorated with the award before their appointment to the top post, according to defence experts.

Nine army men have been awarded Shaurya Chakra, the third highest peacetime gallantry award after the Ashoka Chakra and the Kirti Chakra.

Major Gauba has been given the award for displaying 'unparallel bravery' while dealing with a group of terrorists along the Line of Control in Kupwara district of Jammu and Kashmir in May last year.

Army officials said he crawled up to 20 metres close to the terrorists under heavy firing and then lobbed a hand grenade. Showing utter disregard to his personal safety, he charged on the terrorists with his weapon.

About Vijay Kumar, Army officials said he was deployed in Baramulla district of Jammu and Kashmir as part of 'Operation Vijay Darsu' on August 2-3 last year.

During the operation, Kumar came under heavy fire from a group of heavily armed terrorists. However, despite being injured after killing one terrorist, he refused evacuation and went ahead to eliminate another in hand to hand combat.

He has been posthumously awarded the Kirti Chakra for displaying 'indomitable raw courage and exemplary bravery beyond the call of duty'.

The Central Reserve Police Force, in the thick of anti-Naxal and counter-terrorism operations, has been decorated with a maximum of 47 gallantry medals, including two Kirti Chakras and a Shaurya Chakra, on the eve of the Republic Day.

Two slain CRPF jawans were decorated with the Kirti Chakra, the second highest peacetime gallantry medal of the country, and their company commander was awarded the Shaurya Chakra for displaying daredevilry in taking on heavily armed terrorists in Jammu and Kashmir's Awantipora in Pulwama district in 2017.

The three made the supreme sacrifice while placing an improvised explosive device (IED) to flush out terrorists holed up in a building.

The terrorists had attacked the district police line in Pulwama in Jammu and Kashmir on August 26, 2017.

Eight security personnel, including four CRPF men, were killed in this attack. The forces had neutralised three terrorists in this audacious pre-dawn attack.

Tali has been awarded for gallantry twice in the past as officials called him a commando with 'raw grit and daring courage'.

The military decorations (Kirti Chakra and Shurya Chakra) have been bestowed on constables Pradip Kumar Panda and Rajendra Kumar Nain, who were killed while fighting terrorists who stormed their camp in Awantipora, while their commander Assistant Commandant Zile Singh has been awarded the Shaurya Chakra, the third highest bravery decoration.

The three displayed exemplary bravery to thwart the deadly 'fidayeen' attack that was carried out on December 30, 2017, and went on for over 36 hours, an official citation said.

Three heavily armed terrorists were killed by the CRPF personnel after the gun battle ended.

Five troops of the force were also killed in this pre-dawn attack on the multi-acre camp that also serves as the training centre for jawans inducted for counter-militancy operations in the Kashmir Valley.

With a win of 47 medals, the CRPF has become the largest recipient of police gallantry medals this time amongst all the central police and paramilitary forces followed by 25 to the Jammu and Kashmir Police, 14 to the Chhattisgarh Police among others. 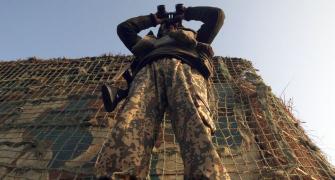 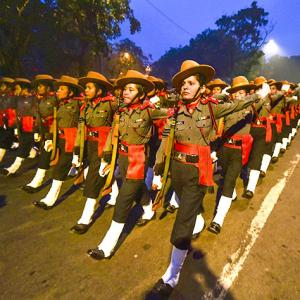 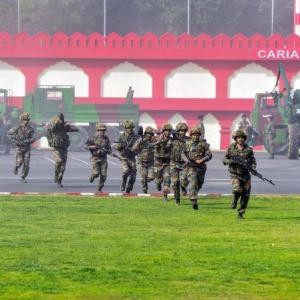