Army chief General Bikram Singh on Thursday said the Army fully supports the parents of Kargil hero Capt Saurabh Kalia, who was captured by the Pakistan Army in 1999 and subjected to brutal torture, in pursuing their son's case at International Court of Justice at Hague.

"He was our brave officer who made the ultimate sacrifice in the line of duty in the best traditions of the Indian Army. We have written to Ministry of Defence (MOD) and

He was speaking to reporters on the sidelines of the Passing out Parade of the 123rd course of the National Defence Academy at Khadakwasla.

Capt Kalia's father N K Kalia recently moved the Supreme Court seeking its direction to the Government to raise his son's case at the International Court of Justice at the Hague.

He alleged that his son was captured as a prisoner of war but was killed in a gruesome manner in violation of the Geneva Convention.

Capt Kalia and five other soldiers of his patrolling team were captured alive on May 15, 1999 by Pakistani troops and kept in captivity where they were tortured and their bodies mutilated. Their bodies were handed over to the Indian side later.

Replying to a question regarding raising of a Mountain Strike Corps in the north east, the Army chief said it was not targeted at any specific country and was part of the nation's defence preparedness to safeguard border areas.

Earlier, Gen Singh reviewed an impressive parade at which 318 cadets passed out at NDA's 123rd course.

Addressing the cadets, he urged them to serve not only as warriors but also "apostles of peace" while discharging their duties in the noblest of professions.

Cadet Bhojapal Shakya was awarded the President's gold medal on the occasion. 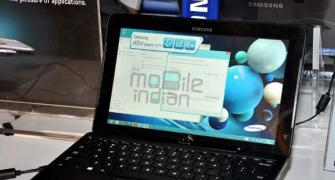 Chetan Bhagat has made readers out of non-readers