A Nepali national, suspected to be behind supplying explosive materials to Maoists in India and Nepal, has been placed under arrest in the capital New Delhi's central district area. Police officials said that the accused has been arrested with several explosive detonators and wires.

After being formally placed under arrest, multiple security agencies including the Intelligence Bureau and Delhi police's anti terror wing, the special cell, have joined interrogations. Police suspect that the accused has supplied explosives to Maoists in India.

The accused has been identified as 42-year-old Loknath Panth. He is a resident of Gulmi district in Nepal. With his arrest, police have recovered 488 non-electric explosives detonators and 28 meters fuse wire. Police have also recovered an 'interesting' jacket from him, which had several hidden pockets and layers.

"This jacket has pockets sewn on the inside. We suspect he was attempting to transport the explosives through this jacket. In his prima facie questioning, he has told us that he was attempting to transport the explosives to his boss in Nepal. His boss has been identified as Jakh Bahadur, who Panth claims is a leader of the Maoist movement in Nepal," a senior police officer in central Delhi told rediff.com.

Interestingly, police claimed that the accused revealed he wore torn and dirty clothes to avoid attention from people.

"He told us he went on without taking baths for weeks together, so that even if somebody suspected anything, he could ward them off by passing off as a beggar," the officer said.

Panth had come from Bhiwani in Haryana two days ago after collecting explosives from some "contacts" there. Acting on a tip-off, a team of officers from central district raised his friend's house on Tanker Road in Karol Bagh late on Thursday.

Initial interrogations have revealed that till about two years ago, Panth had been working as a daily wager in one of the factories in Ludhiana. After he came in contact with some explosives smugglers, he took up the job of supplying and smuggling explosives from and outside India.

Panth is married and has three kids in his village in Nepal, police sources informed.

"We have registered a case under sections 3 and 4 of the Explosives Act. So far, he has not admitted to supplying explosives to Maoists in India. But we are still investigating and trying to unearth his network of explosives smuggling. We are not ruling out the possibility of the accused being involved in Maoist activities in India. The case is being investigated by multiple agencies," a senior police officer said. 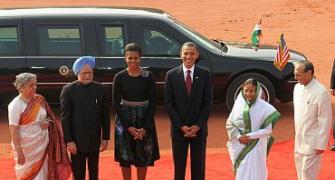 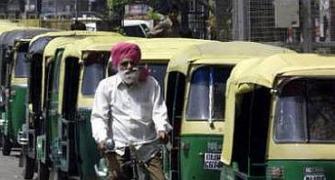 Yeddy gets his way; to continue as Karnataka CM