Will handle Jadhav case as per law: Imran 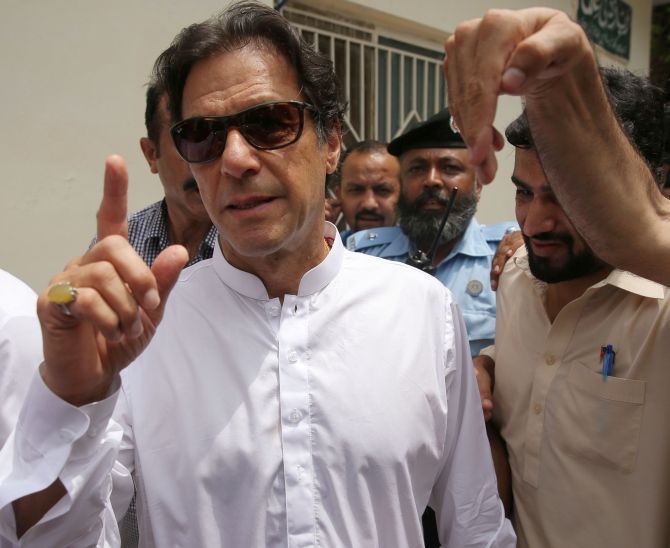 Prime Minister Imran Khan on Thursday said that Pakistan will proceed further "as per law" in the Kulbhushan Jadhav case after the International Court of Justice ordered an "effective review and reconsideration" of his conviction and sentence by a Pakistani military court.

Jadhav, 49, a retired Indian Navy officer, was sentenced to death by the Pakistani military court on charges of "espionage and terrorism" after a closed trial in April 2017.

His sentencing evoked a sharp reaction in India following which New Delhi moved the world court.

The International Court of Justice bench headed by Judge Abdulqawi Ahmed Yusuf on Wednesday ordered an "effective review and reconsideration" of the conviction and sentence of Jadhav.

Reacting for the first time to the verdict, Khan tweeted: "Appreciate ICJ's decision not to acquit, release and return Commander Kulbhushan Jadhav to India. He is guilty of crimes against the people of Pakistan. Pakistan shall proceed further as per law."

Foreign Minister Shah Mahmood Qureshi said "Jadhav shall remain in Pakistan. He shall be treated in accordance with the laws of Pakistan.

"This is a victory for Pakistan," he claimed.

He said India wanted acquittal of Jadhav, but that was not accepted.

"If they still want to claim victory.... Good Luck!" he tweeted.

The Pakistan military spokesperson termed the verdict as another "February 27" for India as it surprised the Indians.

"It's another February 27 for India because they have been surprised again. They thought that the kind of political capital they have, they can manipulate justice too but that did not happen," Military spokesman Major General Asif Ghafoor told ARY News on Wednesday night.

He was referring to Pakistan's downing of an Indian Air Force fighter jet and capturing its pilot on February 27 after India bombed a terror training camp of JeM in Balakot the previous day.

On the issue of implementing the judgment, the spokesman said that "Pakistan will follow the law" as it was a law abiding nation.

"For the verdict to be upheld by an international court where there is no concept of capital punishment is a big victory for Pakistan," he said.

He said the ICJ verdict also put confidence in the judicial system of Pakistan because it said that "the review and reconsideration can be done by means of our own choosing is great validation for our judicial system."

Pakistan's leading newspapers also hailed the ICJ's decision in the case as a victory for Pakistan.

The ICJ in verdict on July 17 turned Indian pleas for acquittal and repatriation of Jadhav while upholding its stance on the issue of granting consular access, according to Dawn.

"The ICJ, however, rejected all other remedies sought by India, which included the annulment of the military court decision convicting Jadhav, restricting Pakistan from executing the sentence, securing Jadhav's release and ordering his return to India," the paper reported.

The Express Tribune newspaper on its front page reported that the judgment allowed India consular access to Jadhav but its hopes for acquittal were not fulfilled.

The News in its main report wrote that the ICJ found that India's submission pertaining to the acquittal and release of Jadhav could not be upheld.

"The ICJ rejected all remedies sought by India, which included the annulment of the military court decision convicting Jadhav, securing his release and ordering his return to India," according to the paper.

But the paper acknowledged that the court ruled that Jadhav be allowed consular access immediately and asked Pakistan to ensure "effective review and reconsideration of his conviction and sentences". 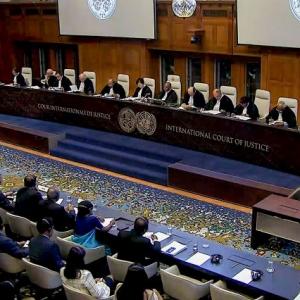