Source: PTI
February 15, 2011 18:15 IST
Amid indications that the government might agree to a Joint Parliamentary Committee probe into the 2G spectrum scam, the Bharatiya Janata Party on Tuesday said bunglings in Commonwealth Games projects and Mumbai's Adarsh Housing Society too should be brought under the panel's ambit.

"We demand a JPC not only for probing specifically the 2G scam, but the whole issue of corruption," BJP spokesperson Nirmala Sitharaman told newspersons in Kolkata after a meeting of the party's national office-bearers.

Making a strong demand for a JPC probe into corruption allegations in the CWG projects, 2G spectrum allocation and Adarsh society, the BJP had led the opposition attack against the government in Parliament during the winter session, which was a washout.

"A JPC is necessary to probe all corruption charges," Sitharaman said, alleging that the United Progressive Alliance government was mired in corruption. She said the meeting, attended by BJP President Nitin Gadkari and senior party leaders L K Advani and Arun Jaitley among others, discussed the issue of corruption at length and felt that in spite of steps by the CBI in some cases, corruption continued unabated.

The meeting also discussed the issue of black money stashed in foreign banks and described as "half-hearted" the government's efforts to bring it back, Sitharaman said.

She said Prime Minister Dr Manmohan Singh should answer why India was not signing the United Nations charter on corruption, which could have made it easier to get information from different countries about the ill-gotten money alleged to have been stashed. 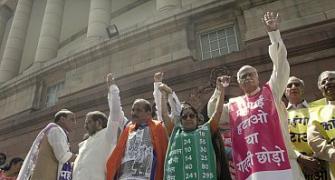 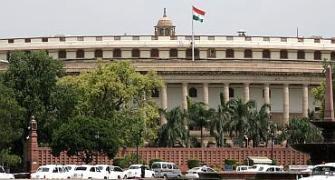 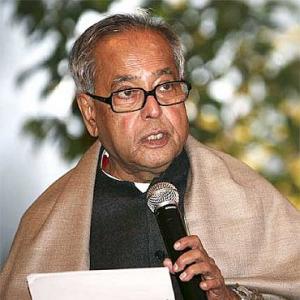