Muthu-ur-Rehman, a journalist who was arrested in connection with the recently busted assassination plot in Andhra Pradesh and Karnataka, was assigned to kill a Bajrang Dal leader in Hubli, according to confessional statements of the accused.

According to their statements, the journalist and six others were assigned to kill Bajrang Dal leader Gany Jartakar, as they believed that he had become a threat to the Muslim community.

Police officials believe that the groups were divided into two to carry out a series of assassinations in Karnataka. Initially, only two people were included in the hit-list, but gradually the list was expanded.

While the first gang had decided to target the Bajrang Dal leader, the other group was planning the assassination of a columnist in Bangalore. They later decided to add the names of a few more journalists.

During the investigation, the police found photographs of the targets, a picture of Gujarat Chief Minister Narendra Modi, video recordings of the post Godhra riots in Gujarat, of march past conducted by the Rashtriya Swayamsevak Sangh, clippings about the Kashmir unrest and about mujahideens.

Police sources and confessional statements of the arrested suspects indicate that it was a carefully planned operation. The group was self motivated and had taken no support from other terror outfits.

The two groups which were formed were monitored by two persons. While the group planning the killing of the Bajrang Dal leader was supervised by Mohammad Akram, the other group was under the control of Shoaib and Jamdar. Jamdar had allegedly trained in Pakistan while Shoaib was in touch with a handler in Saudi Arabia and was close to late HuJI operative Shahid Bilal.

To carry out their operation, they had also stolen a motor cycle, changed its number plate and used it for the operation. The confession statements mention another operative called Zakir who had supplied pistols for the operation.

The group had no links to any major organisations but it was in touch with various people from across the country, in places like Nanded and Hyderabad, who had all come together for this operation.

The members of the outfit did not rely on anyone to collect funds for their operations.

"The basic idea was to target people who they thought were anti-Islam. Even the targets they had chosen were not very high-profile and would not have attracted the attention of bigger groups. They had picked individual targets and decided to start off on a smaller scale. For the funding, they had relied on smaller operatives in the underworld and their personal contacts," said a source in the police.

This local group, had it not been apprehended in time, could have turned into a dangerous threat, believe the police.

"The men were extremely committed. They had done their homework and had planned on creating trouble in the state. Their intention was to first carry out their operations in Karnataka and then move on to states such as Andhra Pradesh and Maharashtra, where they had finalised their targets," according to the source.

"They had been closely monitoring all their targets on the basis of the manner in which they had been speaking about their religion. After a close study, they drew up their target list," he added.

The arrested suspects have confessed that they zeroed in on targets who were found to be 'anti-Islam' and who had no security cover.

Although the targets were not high-profile, the group believed that 'eliminating' them could send out a strong message. 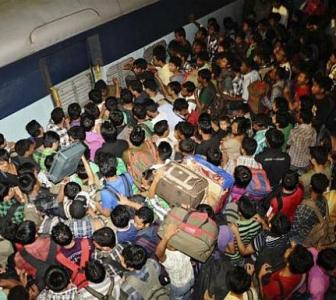 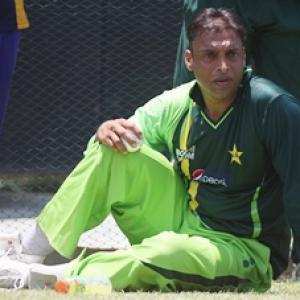